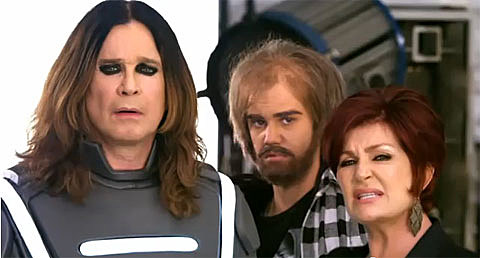 Super Bowl XLV (45): Dallas Cowboys vs...oh wait....The Green Bay Packers vs the Pittsburgh Steelers in Dallas' brand new, state of the art, big ass stadium. The Packers won, bringing the Lombardi Trophy back to small town America and less sales back to Wiz Khalifa. I wonder if Jerry Jones was faking all of those smiles? Enough of the sports talk. This feature is the return of the long lost "Week In Music Licensing" post.

The real winner tonight - Detroit. A town that has been down on its luck, due for something inspiring to happen. Well here you go. Laura R. Charron tweeted that "#Detroit area agrees that #Chrysler200 had THE BEST commercial." Decide for yourself:

Eminem was the honorable mention winner - scoring not one but two commercials. He lent his real life appearance to the Chrysler commercial (plus a re-record of his song "Lose Yourself") and went claymation in a new Lipton Brisk commercial. As Questlove wrote, "cotdamn! Marsh! 2 commercials?!?! #chiching!!!!"

Jon Spencer Blues Explosion stepped in to cover Leadbelly's "Black Betty" (made more famous by Ram Jam in the 70s) for a new Volkswagen Beetle spot. The graphics were pretty incredible and reminded me of this. As of now, the full version of the song that JS recorded especially for the commercial has yet to be given the green light for release. Watch it here:

Who would have thought '90s sax-man Kenny G would score an Audi super bowl spot. Yeah, it happened. See the funny spot here and the behind the scenes here (I prefer the latter).

Budweiser went all Almost Famous on us and played up to the memorable "Tiny Dancer" scene in its yearly clydesdale commercial. See it here.

Did you catch a Jimi Hendrix nod in the historically inspired Chevy Volt commercial? It was like 2 seconds of "Foxy Lady" at Woodstock. Don't worry, he still got P-A-I-D, despite the shortness of its playtime. Did like the spot though. Here it is:

I'm sure there were some raised eyebrows to go along with the many LOLs after seeing the Teleflora spot featuring an on-screen appearance by Faith Hill. The guy's message makes it worth watching. See it here.

Ozzy, say it ain't so? You and the Biebs? Trrrrrrbl. The Osbourne's (Sharon and Ozzy) teamed up with Justin Bieber for a really weird Best Buy commercial. Kill the darkness inside your soul by watching it here:

B-B-B-B-B-Bowie and BMW together might not change much as a team, but they make for a good sounding commercial. See and hear "Changes" here:.

Really like the track in the new Honda commercial. It features Mr. Little Jeans "Rescue Song (RAC Remix) and can be seen here:

Us NY'rs got to hear the Jay-Z / Alicia Keys collaboration a couple times. It was in a tri-state area Ford commercial.

Kanye West didn't have to commandeer the airwaves as he was given a trailer to the new movie Limitless. "Power" synchs up well to the spot, seen here:

Carmax goes both modern and vintage with their spot, featuring the Chordettes' "Lonely Lips". Check it out here.

"Don't expect the NFL to be cutting edge. That's not their job. They don't even want excitement. Did you see that penalty for excessive celebration?" and Bob Lefsetz speaking his mind on tonight's halftime show featuring the Black Eyed Peas. Their "show" was so un-incredible, it was uncredible. Slash showed up to help butcher "Sweet Child O Mine" and Usher danced and sang some song I didn't care about ("OMG"). I can't wait for that band to go away.

Last but not least - one of the biggest music-related stories of the evening, Christina Aguilera messing up the words to the National Anthem: