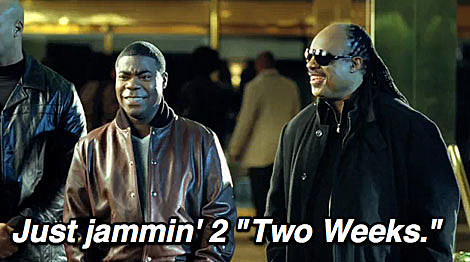 Super Bowl XLIV (44) took place Sunday night in Florida between the Indianapolis Colts and the New Orleans Saints. The Saints semi-upset the Colts to win the big game for the first time in the franchise's history. This post is a special edition of the long lost "Week In Music Licensing" post and as such, that's the last you will hear about the game. Grizzly Bear, Arcade Fire, many videos and more below...

Sometimes, slow-mo = awesome and in the case of this year's NFL branded spot, the equation reads more like this: slowmo + Arcade Fire "Wake Up" + $$ to Haiti charity = awesome = my favorite super bowl commercial.

Honorable mention goes to the newest Volkswagen campaign. VW is a brand that is known for classic music selections (like Nick Drake "Pink Moon" commercial and the series of Wilco ones) and tonight's was no different. Out of nowhere came the sweet sounds of Grizzly Bear's "Two Weeks" over a story line based around the famous "punch buggy" game. The commercial even featured Stevie Wonder somehow spotting a VW and punching Tracy Morgan.

Grizzly Bear joins a select group of indie darlings in recent months that have licensed tracks for commercials - Passion Pit (Palm), The National (Google), Phoenix (Cadillac), among others. This Grizzly Bear sync follows a recent advert for Starship Foundation in New Zealand - the band donated the track "Foreground" to the campaign.

The on air portion of the pre-game performances came from Steve Winwood, dropping the power of "Higher Love," and Chris Daughtry.

A pair of ladies dropped some pre-game classics - Queen Latifah on "God Bless America" and Carrie Underwood on the National Anthem.

I am willing to bet there will be some interesting view points on The Who's halftime show over the next few days. It did't take long for industry critic Bob Lefsetz to declare "Lame. Killed classic rock overnight."

The Who Superbowl Half-time Show Part 1

The Who Superbowl Half-time Show Part 2

Of note, video game maker EA/Harmonix released the the band's halftime "mashup" performance for Rock Band via Xbox Live. For $1.99 one can jam on plastic instruments to the medley of "Pinball Wizard" > "Baba O'Reily" > "Who Are You" > "See Me, Feel Me" > "Won't Get Fooled Again". Townsend wind mills not included.

The rest of (or most of) the music uses from Sunday's broadcast:

Undercover Boss promo - Robert Randolph "Ain't Nothing Wrong With That"

Comedian Pete Holmes is often covered on BV - he provided voice over as the baby in the many E*Trade spots.

Flo TV commercial - Will.I.Am remix of The Who's "My Generation"