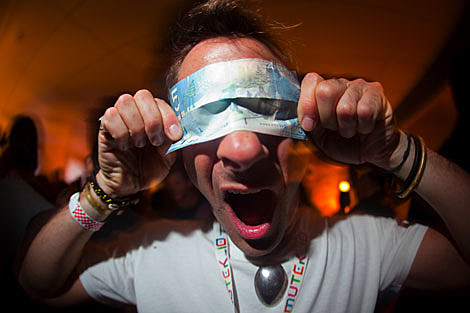 If you're just joining us, catch up on the first three days of the festival before starting with Sunday (May 31st, 2009), day four...

The final night of Mutek at Métropolis/Savoy featured a tag-team set of energetic, bouncy live techno by Mathew Jonson (Wagon Repair) & Dandy Jack (Ruta5) that had the main room jumping, particularly once they caught their groove partway through the set. Techno veteran Tobias (Logistic, Wagon Repair) took over and ably kept the floor moving with some mind-warping tracks in his North American premier only to hand the stage over an hour later to Carl Craig for his self-absorbed buzz-kill intro. After Craig's dark and droning opening and subsequent build-up, he eventually starting dropping Detroit techno bombs and other huge tracks. You couldn't tell by his expressionless face but the crowd was going nuts for most of his extremely fun set.

Upstairs in the Savoy, slightly easier to access than the previous night, Lusine (Ghostly International) delivered a slinky melodic minimal set followed by brilliant live tech-house by Pezzner (Om Records), a relative newcomer as a solo artist and a name to watch for in the future.

For Sunday's much anticipated Piknic featuring a 7-hour tag-team set by Ricardo Villalobos & Zip (Perlon) the weather unfortunately did not cooperate. The clouds moved in early that afternoon and pretty much stayed until near the end with drizzle and wind throughout the day. A good portion of people took off for their hotels and apartments, but the ones who stuck it out were rewarded with great track after great track. During large portions of the day, the crowd appeared to forget about the weather and just danced to the two legendary DJs. At one point during the worst of the shower a group of revelers came together under raised blankets to create a mobile dancing turtle tent. Seemingly as a reward for the crowd's perseverance, the sun did eventually break through for a few moments and the energy remained relatively high for the last couple hours. Another "beautiful" day in the park.

The closing event back at the SAT space featured Canadian DJs and musicians and was an appropriate way to close out the festival. Mateo & Pheek (Archipel) and Stephen Beaupré (Musique Risquée) opened the evening to a crowd lacking the momentum from earlier. But when Akufen (Musique Risquée) took the stage for a live set with his first new music in five years, the energy and audience visibly lifted. Akufen's fresh take on his micro-house sound was just what the audience was hoping for and needed. The Modern Deep Left Quartet (Wagon Repair) which is the Cobblestone Jazz trio plus The Mole followed and finished up the night. Some people absolutely loved their live improvisatory music, which was different than anything else experienced at the festival, but with four musicians playing off each other in such a rare show, their set didn't have the drive or cohesiveness to grip the entire semi-fatigued crowd. Still the enthusiasm of the performers playing together for the best audience they could ask for more than made up for it. The festival ended with quality music and people buzzing about their favorite performances of the impressive MUTEK_10.

More pictures from the final day and some more highlights from the whole week, below... 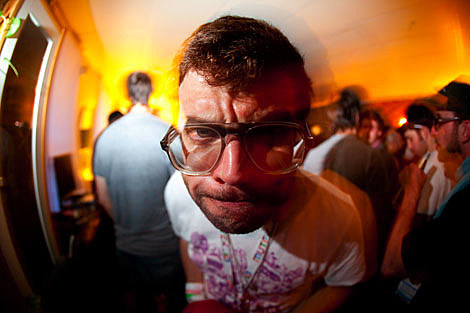 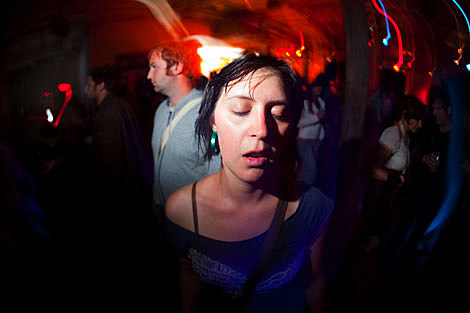 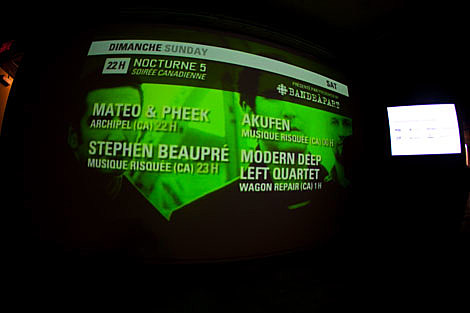 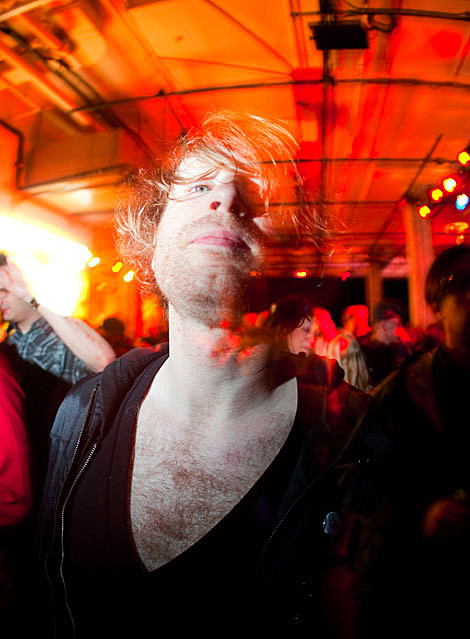 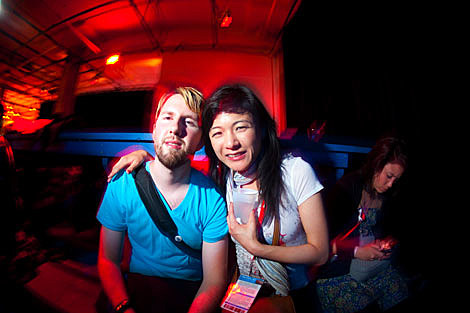 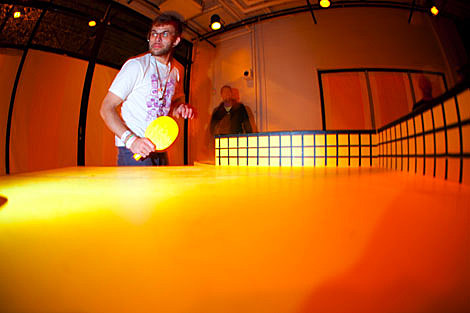 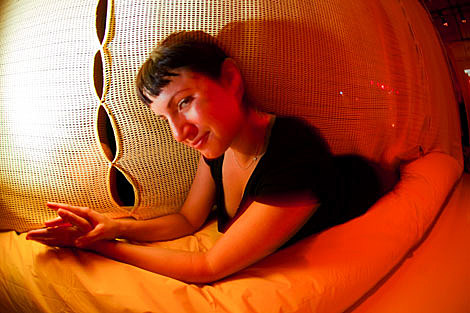 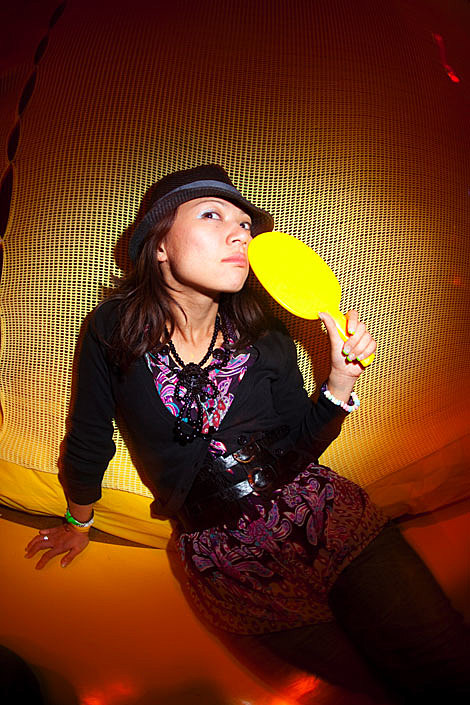 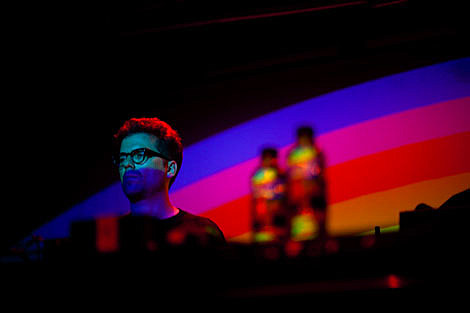 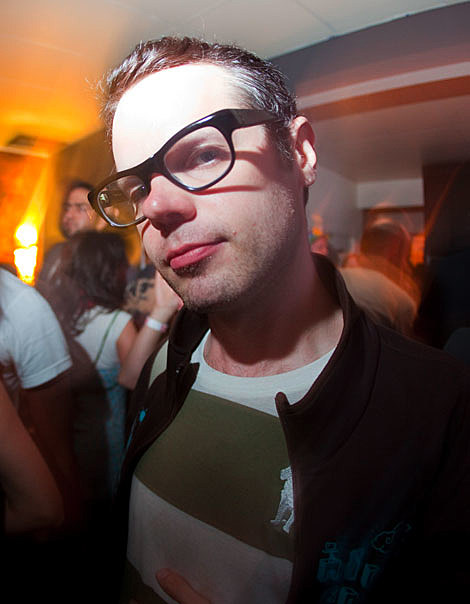 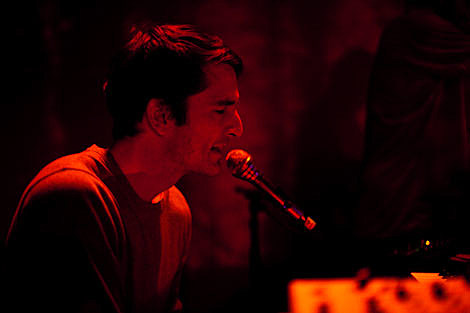 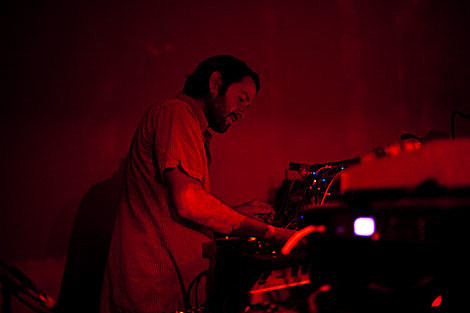 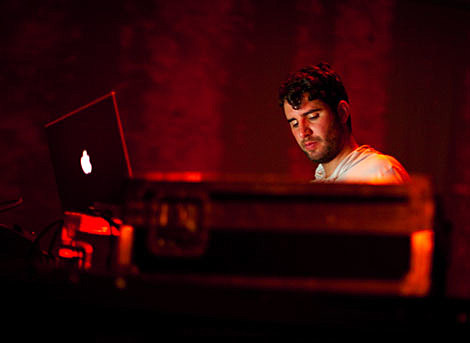 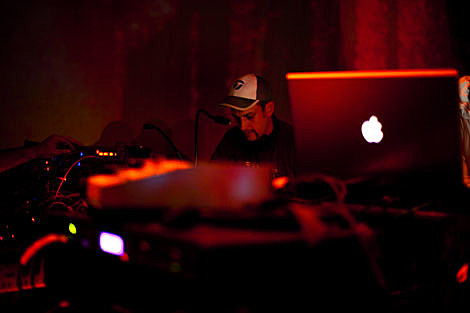 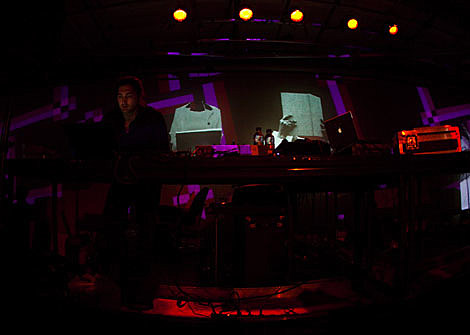 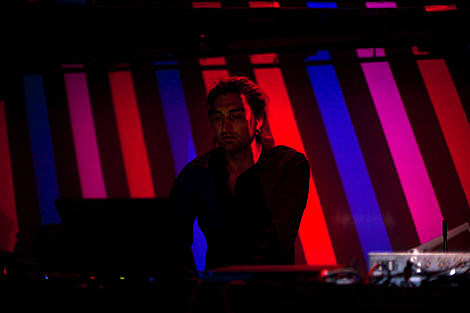 David Last's [www.davidlast.net/] (Konque) fun and eclectic second stage set at Day 2 of Piknik Electronik was greatly appreciated by the group brave enough to leave the warm mass of bodies at the main stage.

Other festival highlights:
The stunning ATOM by Robert Henke (aka Monolake) and Christopher Bauder. This hour-long visual display featured a grid of 64 helium balloons, rising, falling and illuminating in sync to ambient and atmospheric electronic music. The balloons moved in groups or clusters, sometimes formed waves, steps, landscapes and other 3D patterns. The closing moments when a single balloon lifted above the others and was eventually followed by the others to form a collective aerial bobbing dance was a elegant and profound visual metaphor for the festival, if not more.

Festival staff who only cursorily searched bags for glass containers, and upon finding some in ours, provided cups so we could keep our beer before entering the park. After search and seizures at most other festivals, this was pretty mind-blowing and much appreciated.

Montreal in general. (Mental note: visit that beautiful city again some weekend this summer when New York is a sweaty mess.)