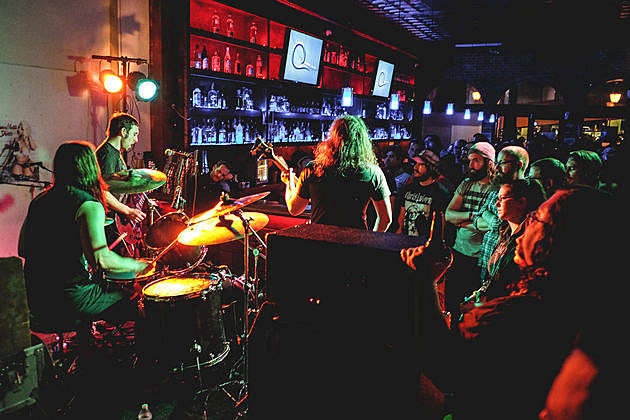 Mutoid Man, the band fronted by Cave In's Stephen Brodsky and with Converge's Ben Koller on drums, have announced another tour in support of this year's Bleeder (out now on Sargent House).

The tour kicks off in the band's hometown of NYC on August 7 at Saint Vitus, where you have most likely seen Mutoid Man bassist Nick Cageao running sound at several shows. (Who will do sound at this show for Mutoid Man?) Opening the Vitus show is Netherlands and Moon Tooth. Tickets are on sale now.

Other dates on the tour are with Wild Throne, Indian Handcrafts, Sweet Cobra, and He Whose Ox Is Gored. All dates are listed, with a full stream of Bleeder, below...