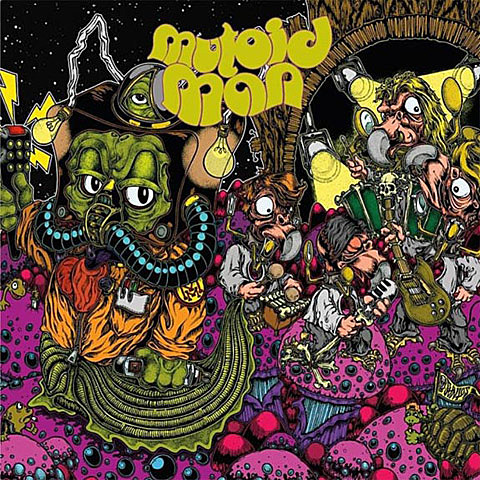 Mutoid Man is the meeting of Ben Koller of Converge with Stephen Brodsky of Cave In, a new project that also features bassist Nick Cageo of Brohammer. The band is prepping the release of their new LP, Helium Head (art above), via Magic Bullet Records on November 29. The first released track is "Gnarcissist" that features the signature jaw-dropping fills of Koller and Brodsky's clean vocals, but is an entirely different trajectory from both bands. Stream it below.

Mutoid Man's new track also appears on the latest Magic Bullet Records compilation alongside tracks by Integrity, This Will Destroy You, Rot in Hell, Wormwood and more. Head below for a full stream of the comp.

In related news, Stephen Brodsky will bless Saint Vitus Thursday night (8/29) alongside Snake Oil and PC Worship, a one-off for the now-Greenpoint-er. Tickets are on sale.

UPDATE: He also plays Union Hall on September 20 with Jenny Owen Youngs and Mal Blum. Tickets for that show are on sale now.

Head below for the Magic Bullet compilation stream.