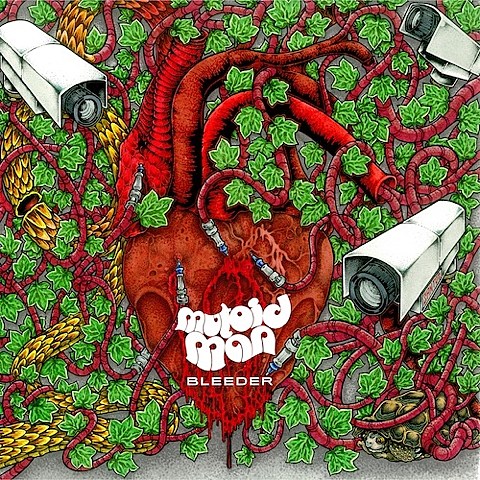 Cave In/Converge spinoff Mutoid Man have detailed their upcoming album on Sargent House. It's called Bleeder, will be out on June 30, and lead single "Sweet Ivy" just premiered over at Rolling Stone. Check it out, with the LP tracklist, below. That's the album artwork above.

As previously mentioned, Mutoid Man are going on a tour with Dillinger Escape Plan and Primitive Weapons in June, co-presented by Party Smasher Inc, BrooklynVegan and Invisible Oranges. That includes the NYC show happening June 20 at Irving Plaza, which tickets are still available for.

After that tour, Mutoid Man play Atlanta's Wrecking Ball festival, which will have Stephen Brodsky pulling double duty because Cave In play as well. All tour dates, the new song, and the record's tracklist, below...