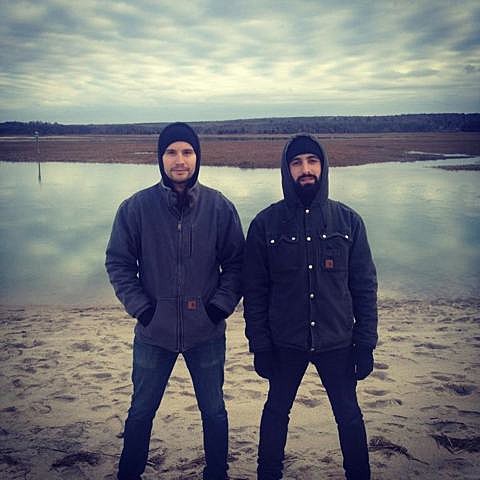 You may recall the appearance of Mutoid Man -- the collaboration between Cave In frontman Stephen Brodsky and Converge drummer Ben Koller -- at the end of this past summer. (They were working together for at least a year and a half before that.) Though the band played a show and debuted a few songs since, but they've been more or less silent since Koller moved from NYC to California. Understandable, given the sizeable geographical divide and their respective busy schedules.

Mutoid Man's debut album, Helium Head, is due out this Friday (11/29) via Magic Bullet. With just a day remaining before everyone leaves/gets stuck in the airport for the Thanksgiving holiday, the band have debuted their album on Lambgoat and you can listen in this post. It's absolutely worth a listen if you're a fan of either musician's main band; while the combination of their creative voices didn't click with me immediately, it's proven to be a very fun and surprisingly relistenable block of tunes.

The band have also announced a NYC record release show at Saint Vitus on December 13 (12/13), along with MANALIVE and Summoner. These guys aren't likely to play out very often, so if you dig the album, it behooves you to hit up this show too. You can snag tickets now. 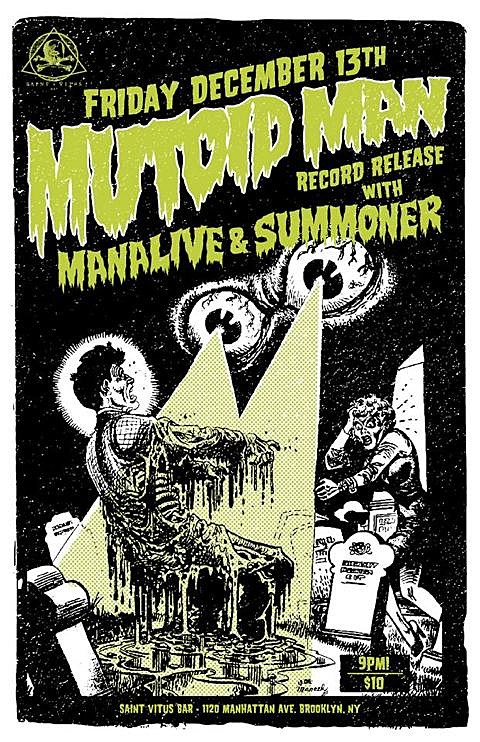