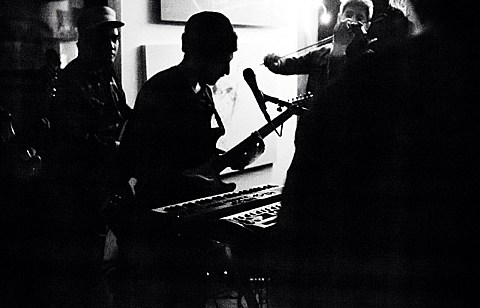 Mutual Benefit have continued to pick up speed for their recently-released debut LP, Love's Crushing Diamond, an album that combines Sufjan style chamber pop with Antlers-style vocals and a bit of Microphones-y noise. They initially self-released the album back in October, and it's since been announced that they've signed to Other Music, who will re-release it on CD December 3 and LP on January 7. They also recently made a video for one of its tracks, "Golden Wake," which you can watch, along with streams of two other album tracks, below.

To celebrate the re-release, the band will throw an album release party at the Other Music Store (12/2) the day before the CD release, where they'll give an intimate performance. 8 PM start.

Earlier this month, Mutual Benefit did a few shows in the Northeast-area, including one at Brooklyn's Baby's All Right, and now they've announced a full North American tour to go down in early 2014. That tour concludes with NYC shows on February 7 at Mercury Lounge and February 8 at Rough Trade. Tickets for both NYC shows go on sale Friday (11/22) at noon.

All dates are listed, along with video and song streams, below...