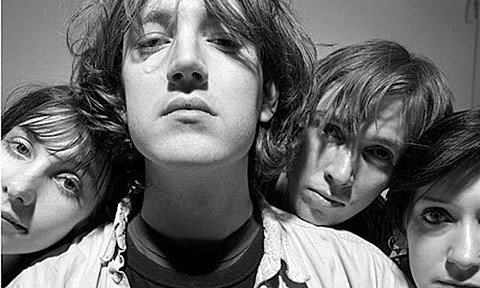 My Bloody Valentine were saying they'd have a new album out by the end of 2012, which didn't end up happening but on December 24, they posted a facebook message saying that they'd finished mastering the new album. Now, at a show the band were playing in London tonight (1/27), Kevin Shields told the crowd that to be expecting the album in "two to three days" (via The Line of Best Fit).

They also performed a new song at the show, which you can watch a video of below, along with a video of Kevin saying the album will be out in two to three days. No US dates are scheduled for MBV yet, but all remaining international dates are listed below...