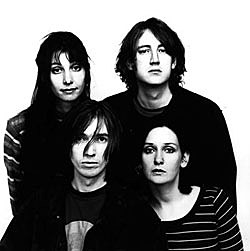 Is the long wait finally over? My Bloody Valentine, the legendary sonic sculptors of feedback and tremelo who helped define the shoegaze movement only to disband after releasing just two full length albums, is set to make its first live appearance in more than a decade at the Coachella Valley Music and Arts Festival in Indio, CA in April, 2008. According to sources in the United States and the United Kingdom who are familiar with the negotiations, the band is close to signing a deal that will see a reunited My Bloody Valentine headline Coachella, scheduled for April 25–27, before embarking on a world tour sometime later in 2008. [The Daily Swarm]