My Chemical Romance is a really popular band. Ultragrrrl caused quite a stir recently when she said they were this generation's Nirvana. 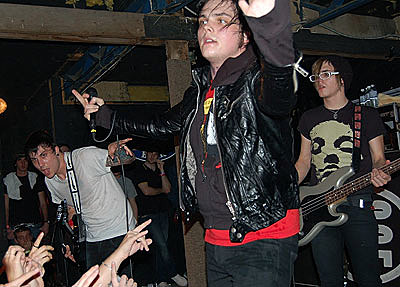 Lifetime are a great older band who recently reunited. I forget who said it, but someone told me that Lifetime are to older people what MCR is to the kids. Lifetime are not nearly as popular as MCR though, but they are on Fall Out Boy's label now. I got really excited when I found out Lifetime would be at SXSW. I was surprised when I found out, that not only was My Chemical Romance playing Emo's (a very small venue for them), but that Lifetime was playing right before them at the same benefit show (March 17, 2006). Though I don't know a single song by My Chemical Romance (except maybe Helena because I downloaded it when I saw it making all sorts of 2005 lists), there was no way I was going to miss the opportunity to check them out at a show I was already at. 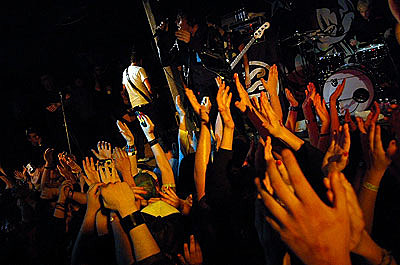 My Chemical Romance know that (a minority of hip) people think they suck. They also know (this same hip minority think that) Lifetime are cooler than them. In fact, those things basically came right out of singer Gerard Way's mouth. After the first song he told all the cool people to leave; that way they could still tell people they "left after Lifetime". Later he said how honored he was to share a stage with Lifetime (not sure whether he really thinks it, but he knows it's the right thing to say). The promoters understood that people were there for one band or the other too. At least that's how it appeared since they were selling two different versions of the event poster. You got to choose your headliner (Lifetime on top, or MCR on top - I wish I had a pic). 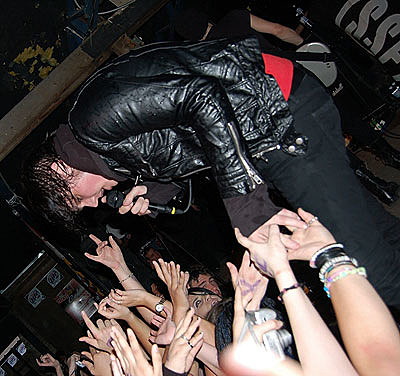 The young crowd was way into it - more into it than me. It was fun, but the things Gerard said between songs were funn(i)er. He was obsessed with cred, and he lost me when he started talking about interviews he gave to teen magazines. He told the crowd that the interviews were stolen, and he urged everybody to steal, and then burn, the magazines after the show. 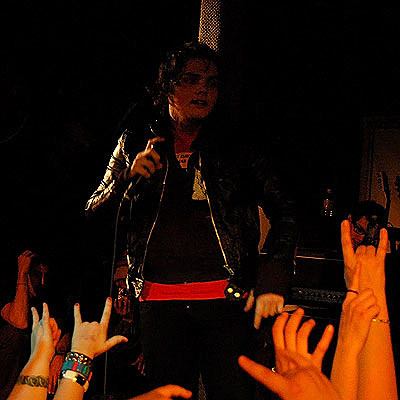 It wasn't a bad show. I would have stayed for the whole thing if Jonah Matranga wasn't playing on the second stage in the next room at the same time. Like an idiot I left before Helena came on, but at least I got to see a few songs by Jonah in Texas. Pitchfork's Amy Phillips said the MCR show was f*cking awesome. Andrew Kendall's pics are f*cking awesome. There's a video on YouTube. Another review on Buzznet. 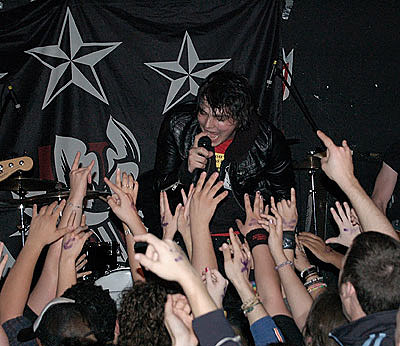