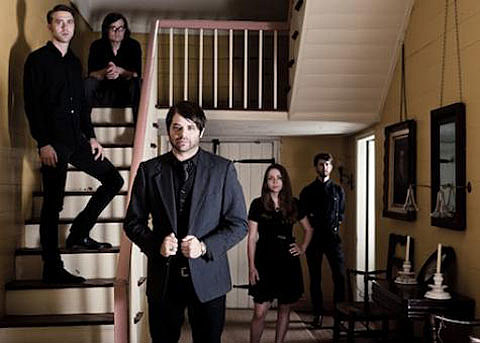 Austin rockers My Jerusalem put out their new album, Preachers, today (10/9) via The End Records. The album was produced by Spoon's Jim Eno and features guest vocals from Okkervil River frontman Will Sheff. The band is led by Jeff Klein, who was previously a member of Greg Dull's post-Afghan Whigs band, The Twilight Singers, and has also recorded with Greg on his Live At Triple Door album and with his project with Mark Lanegan, The Gutter Twins. My Jerusalem are also featured on Summer's Kiss Records' Afghan Whigs tribute.

My Jerusalem's lineup also features other Gutter Twins contributors, including Cully Symington, who has also worked with Okkervil River and Afghan Whigs. You can stream Preachers in its entirety below and download a free MP3 of the track "Born in the Belly" at the top of this post. 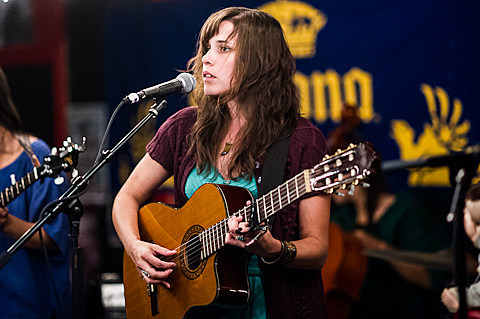 My Jerusalem are on tour now with Dana Falconberry and that tour hits NYC TONIGHT (10/9) at Glasslands, for a show which doubles as a record release party for both artists (Dana for her new album, Leelanau). Freshkills are on the bill too. Tickets for that show are on sale now.

UPDATE: My Jerusalem will also play NYC on November 12 at Mercury Lounge. Tickets to that show go on sale Friday (10/12) at noon.

Meanwhile, Dana Falconberry will return to NYC later this month when she teams up with Heartless Bastards and Futurebirds for their tour which hits Irving Plaza on October 27. Tickets for that show are still available.

A list of all dates and the My Jerusalem album stream are below.

My Jerusalem - Preachers (via MOKB)