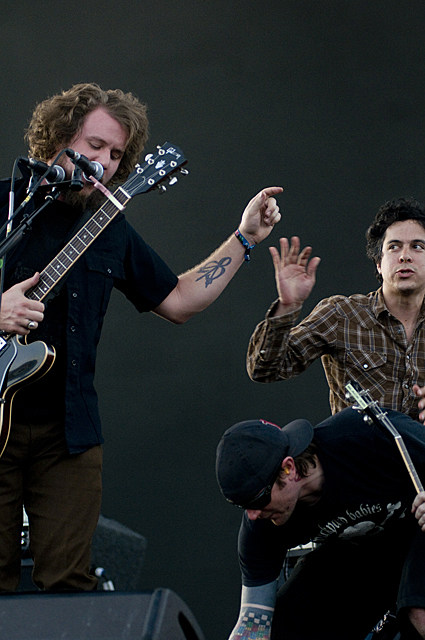 One of the summer's most-heralded live act, My Morning Jacket, treated fans on Coachella's main stage to a surprise early in their set by bringing on guest M. Ward -- one-half of the Monsters of Folk also featuring MMJ's Jim James -- for the now-classic 'Off the Record,' from the band's breakout album, 'Z.' The band kept the treats coming with two songs -- the title track and 'I'm Amazed' -- from the upcoming album, 'Evil Urges.'

MMJ also offered up the potential new song of the year, 'Smokin From Shootin,' as well as favorites like 'Gideon.'

James told the crowd that it was an honor to play Coachella. "On a personal note, it was great to see Portishead back in action. Whenever I hear Portishead, I feel like I'm trapped in an evil funhouse," he said. "But Beth [Gibbons'] voice guides me through like a spiritual angel and I was just so happy to see them."

The crowd felt the same way about MMJ. [Spinner]

More pictures from the show below.... 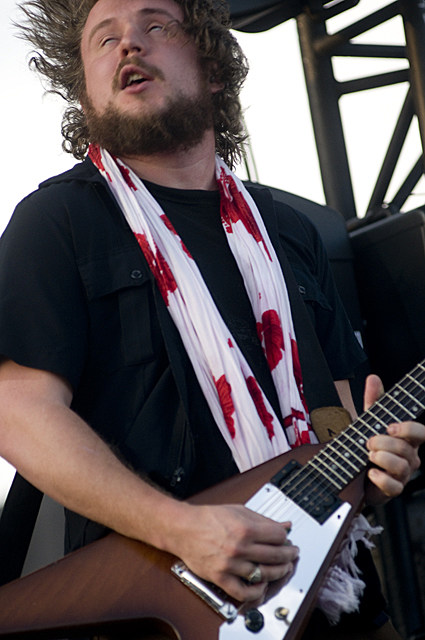 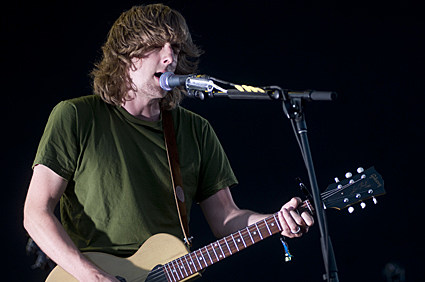 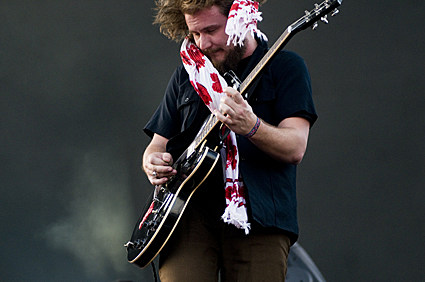 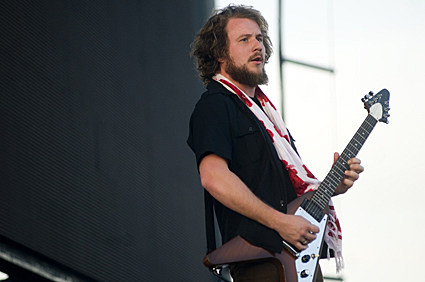 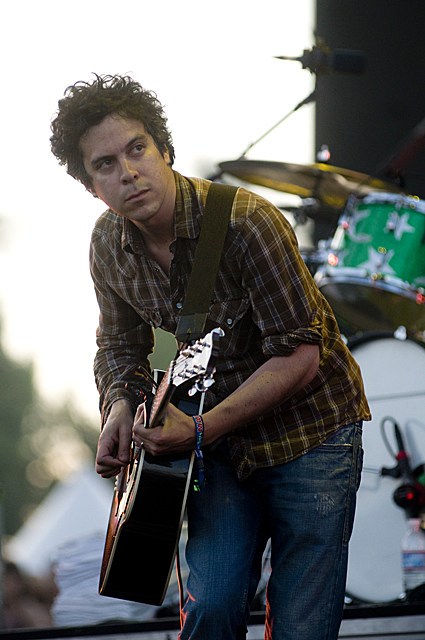 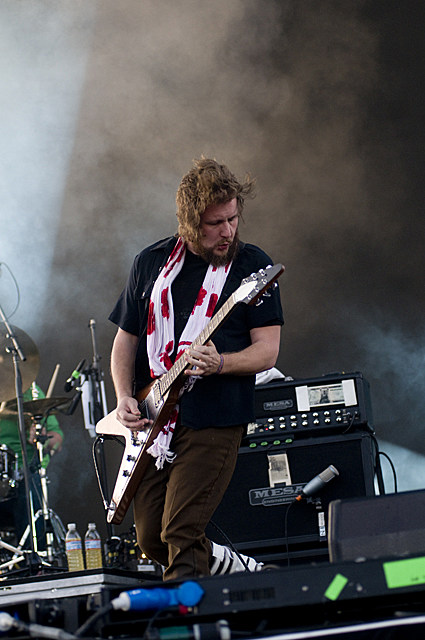 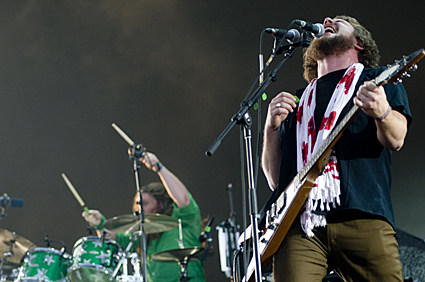 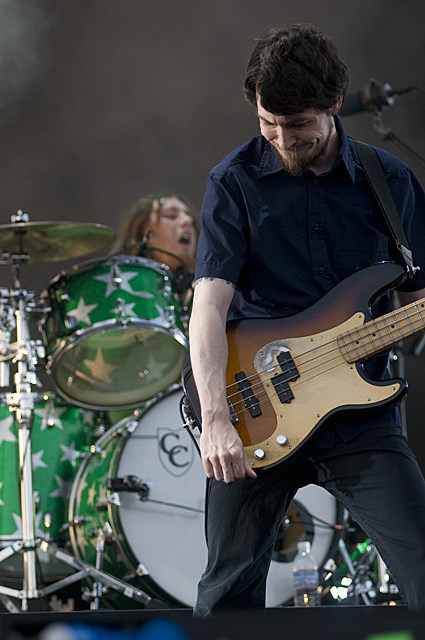 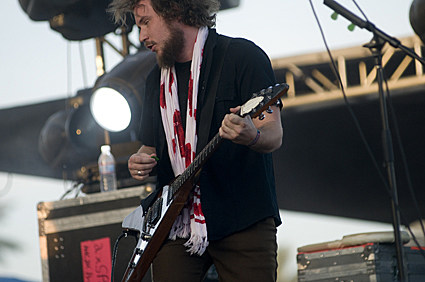 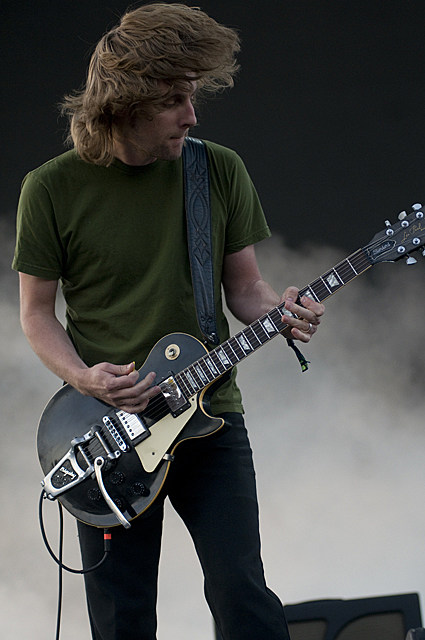 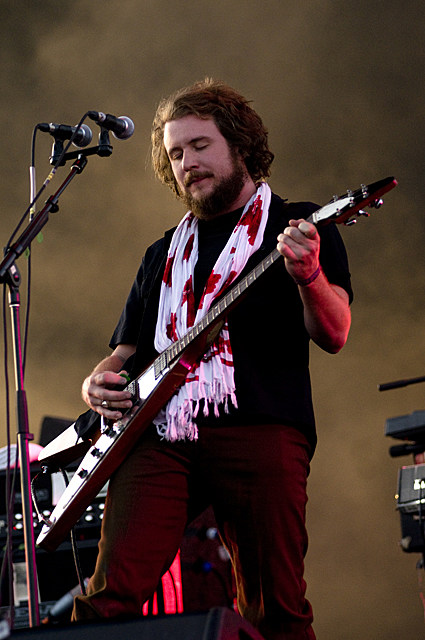 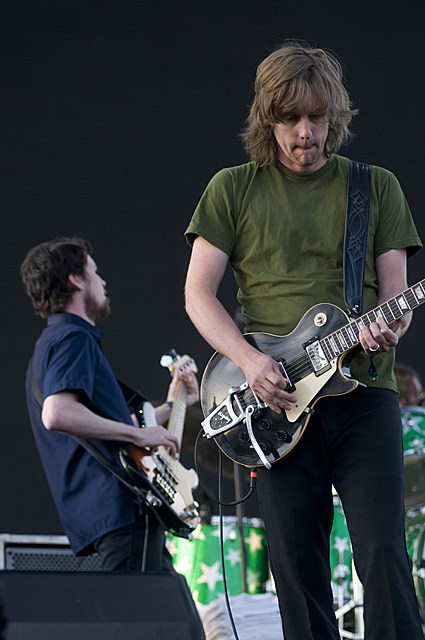 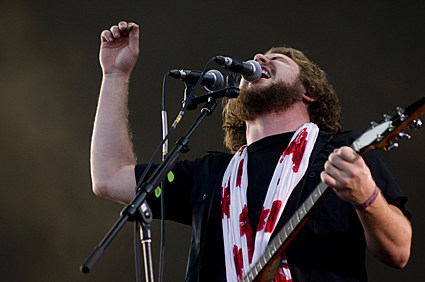 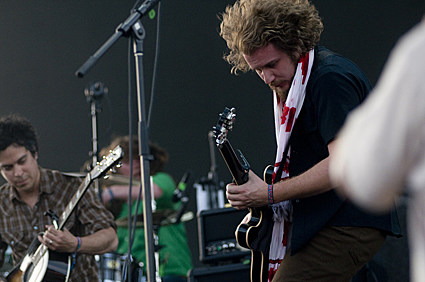 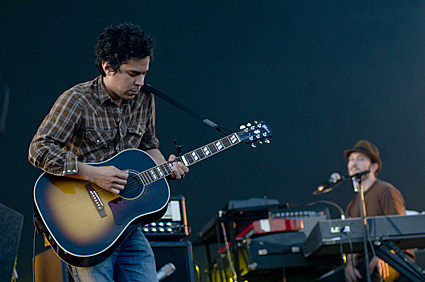 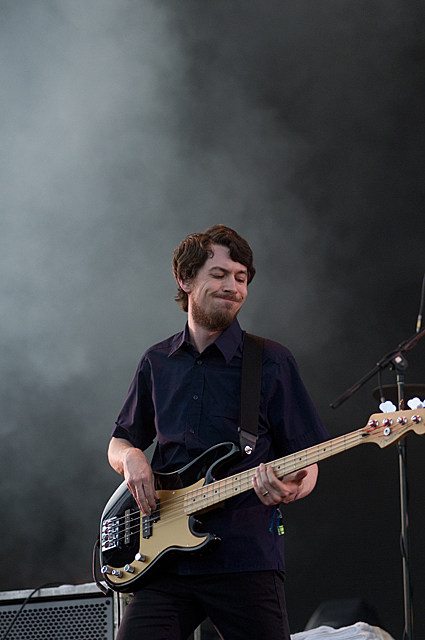 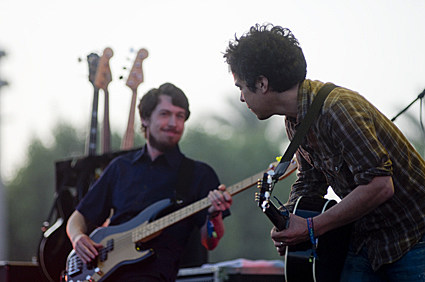 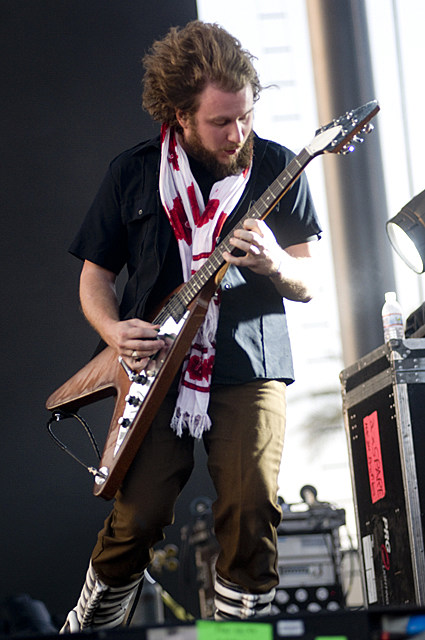 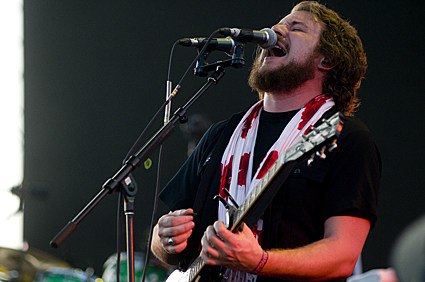 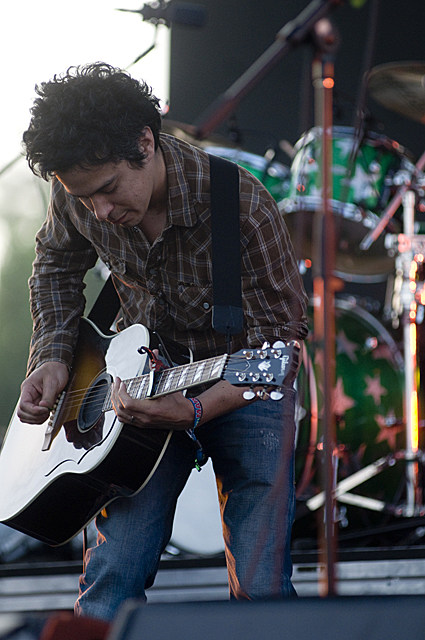 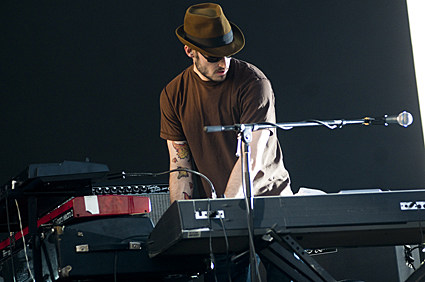 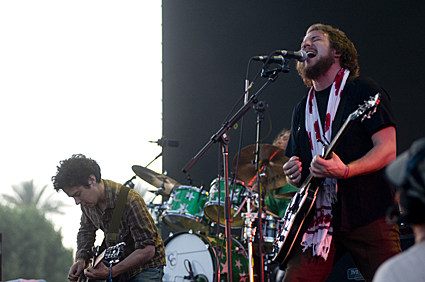 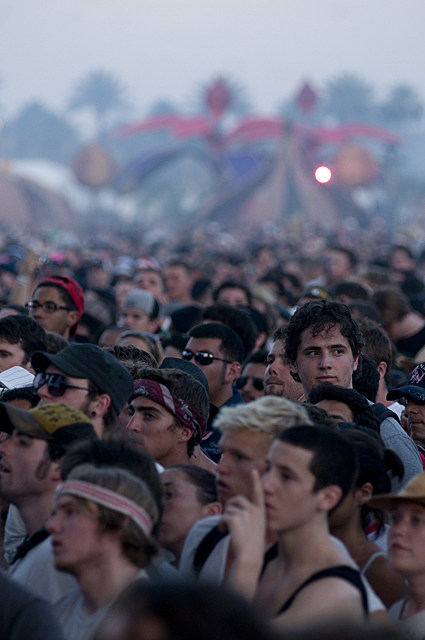 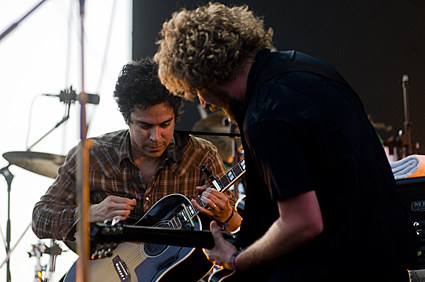 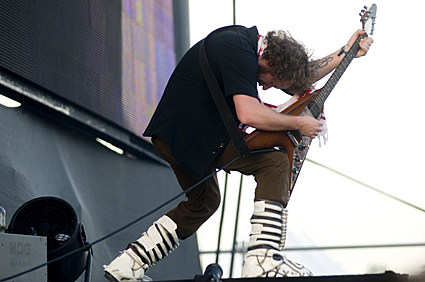