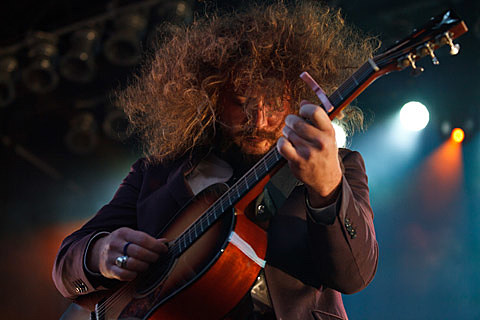 My Morning Jacket are back with The Waterfall, their first album in four years, which will be released on May 4. The album was recorded at Panoramic House in Stinson Beach, CA, a hillside studio that overlooks the Pacific -- a location that proved inspirational, says frontman Jim James:

For me, every record has the spirit of where we made it. Stinson Beach was so psychedelic and focused. It was almost like we lived on our own little moon out there. It feels like you're up in the sky.

You can check out first single "Big Decisions" below.

Already scheduled for appearances at Governors Ball, Bonnaroo and other festivals, My Morning Jacket have now announced a full North American tour. Support along the way comes from Hiss Golden Messenger, Lizzo (who just opened for Sleater-Kinney), Lucius and others. All dates are listed below.