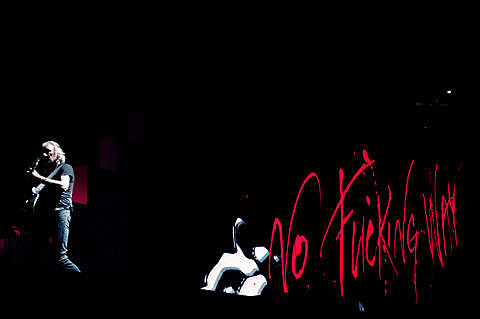 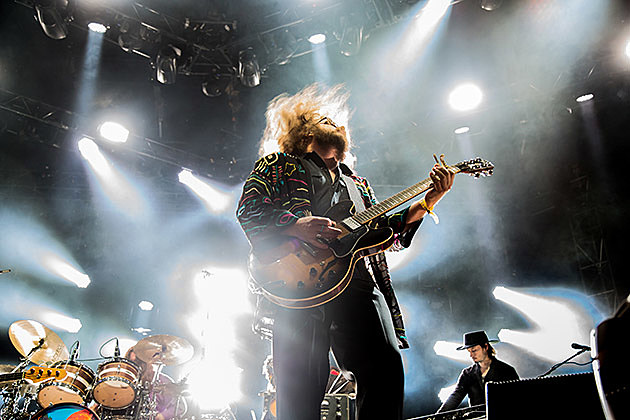 Rumors are starting to spread that Pink Floyd's Roger Waters is going to be backed by My Morning Jacket at Newport Folk Fest tonight!

My Morning Jacket and its members are Newport Folk Fest regulars, but they weren't on the schedule this year, despite being in the area to play Lewiston two days ago, and Xponential Music Festival in Camden on Saturday. Waters, who has promised a "very special" set, was a huge and surprising addition to the sold out Newport Folk Fest back in May. Jim James and crew on stage with Roger would definitely be very special (especially for My Morning Jacket!).

Stay tuned, and tune in to TuneIn.com to stream select sets from the fest live today, Saturday and Sunday. Actually Roger's set isn't listed on the streaming schedule, but Calexico, The Tallest Man on Earth, Heartless Bastards, Langhorne Slim, Courtney Barnett, Laura Marling and many more are on there. The full list of included artists and the embedded player are below.

On Sunday, My Morning Jacket play a show in Maryland with Jason Isbell who plays Newport on Saturday after playing a big free show in Prospect Park tonight (7/24).

Pink Floyd's other singer, David Gilmour, just announced a bunch of huge shows of his own, two nights at MSG included.

SETS THAT WILL STREAM AT NEWPORT FOLK FEST ON TUNEIN

UPDATE: check out this Instagram someone posted from backstage last night: