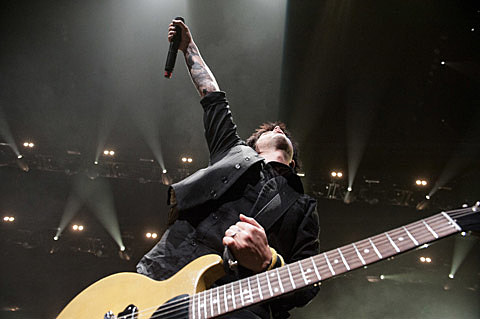 Green Day frontman Billie Joe Armstrong has not one but two sons following his footsteps and making music, and they're both signed to garage rock powerhouse Burger Records. His youngest, the 17-year old Jakob Danger (real name, no gimmicks), just inked a deal with the label for his debut EP. Unlike say, Sean Lennon though, Jakob sounds like he's trying to distance himself from his dad's music. No California pop punk for young Armstrong -- he wants his NYC indie rock. "My two favorite bands are The Strokes and Beach Fossils - those are my two biggest influences," he tells NME. If he does sound like his dad, "then it's probably just because I'm his son," he adds. If you wanna hear for yourself, a few tracks are below.

Jakob's older brother Joey drums in the band SWMRS (aka Swimmers), who have been around for a few years but joined Burger more recently. Their latest single is an ode to Miley Cyrus called "Miley" where they proclaim, "Miley you're a punk rock queen." Maybe her collaborators The Flaming Lips, Laura Jane Grace or Joan Jett would agree. We know Noisey's Dan Ozzi would. You can check the "Miley" video out below. 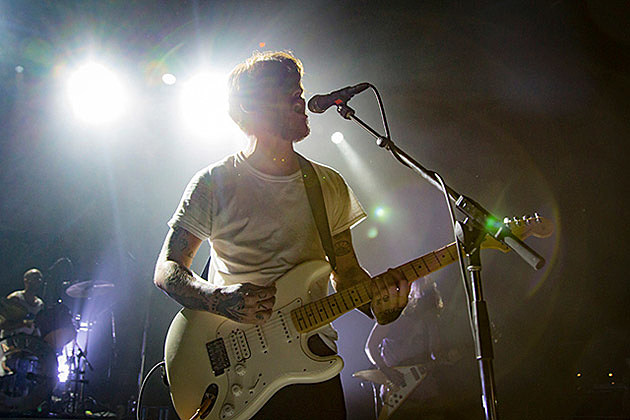 SWMRS recently wrapped up a West Coast tour supporting Wavves, whose new album sounds a whole lot more like it wants to be Green Day than either of Billie Joe's kids do. Wavves are on the East Coast as we speak, having hit NYC on Saturday (10/2) at Saint Vitus and Tuesday (10/6) at Irving Plaza. We didn't catch either of those shows unfortunately (did you?), but we did just catch them with Twin Peaks in Chicago. Check out pictures.

In more related news, California duo The Garden will release their new album Haha this week (10/9) on both Burger and Epitaph Records, making them not only on Burger but also on the same label that's released albums by The Offspring, Weezer, and more bands that the new Wavves album sounds like. The Garden are more a post-punk band though, not like the stuff Jakob Danger's been listening to, but in a snarky, shouty, and sometimes electro-tinged way. You can watch three videos and stream two other tracks from that album below.

Something that's not on Burger but that the label must be wishing they had is the 20th anniversary vinyl reissue of the Angus soundtrack, due out on November 3. Given that they signed Billie Joe Armstrong's kids, a Weezer side project and The Muffs, you'd think they might want the album that was home to beloved Green Day and Weezer b-sides "J.A.R." and "You Gave Your Love To Me Softy," respectively, and The Muffs. (Not to mention Ash, the Smoking Popes, Love Spit Love, Goo Goo Dolls when they were punk and more.) To some people, like music writer and Freshkills/Publicist UK member Zachary Lipez, it's -- along with the Clueless soundtrack which got its first-ever vinyl release earlier this year -- definitive pop punk.

As for the actual Green Day, they have a documentary on the making of American Idiot coming out, in case you wanted to know more about that album.

Jakob Danger - "King of the World"