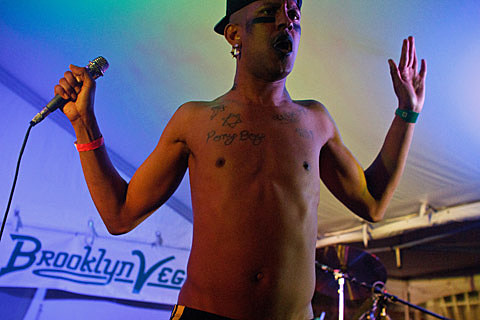 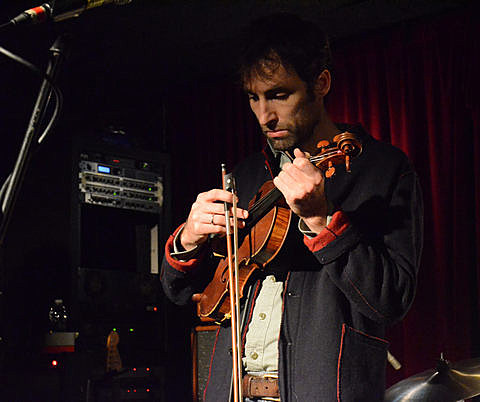 The Red Bull Music Academy already announced a huge NYC residency which includes a number of great shows at multiple venues, and this thing just keeps getting bigger and better. RBMA has now announced some new shows and updates to previously-announced ones. For example, the "Night Of Improvised Round Robin Duets" that's happening on May 1 at Brooklyn Masonic Temple has added Andrew Bird, Robert Glasper, Vijay Iyer and Roy Hargrove to the mix that already included Questlove, Andrew WK, James Chance, Julia Holter, Kim Gordon, Thundercat, and others. Tickets for that show are still available. The full lineup is below.

UK DFA-signed dance trio Factory Floor will be joining their labelmates at the massive 12 Years of DFA Records, which takes place at Brooklyn's dazzling Grand Prospect Hall on May 25 (tickets). They were also added as DJs to the recently discussed Evian Christ and Oneohtrix Point Never show happening at Saint Vitus on May 26 (tickets).

Rapper Mykki Blanco, who just headlined Bowery Ballroom, and who was recently announced for this weekend's (4/5-7) Blues for Smoke festival at the Whitney Museum with Le1f, has also been added to Le1f's RBMA show. That show happens on May 7 at Glasslands with Laurel Halo, Venus X, Spank DJs, and others (tickets).

Updated Red Bull Music Academy schedule HERE. The full list of lineup additions for the residency and the full lineup for the "Night of Improvised Round Robin Duets" show below...