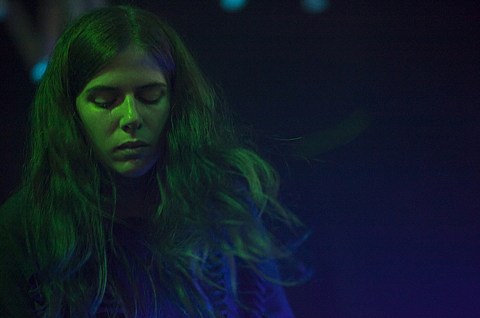 Earlier this month (5/7), Brooklyn venue Glasslands hosted a great multi-genre bill as part of the Red Bull Music Academy NYC residency with sets from rappers Mykki Blanco and Le1f, arty electronic music from Laurel Halo, Crazy Bitch In A Cave, and Papercutz, and DJ sets from Venus X and Spank DJs. Did you go to that show? If so, how was it?

Red Bull Music Academy just posted a video of Mykki Blanco performing "Feeling Special" and Le1f performing "Wut" to their Youtube channel, and you can watch both videos below. You can also stream Venus X's set over at RBMA Radio.

"Feeling Special" appears on Mykki Blanco's new EP, Betty Rubble: The Initiation, which came out this week (5/21) via UNO. If you liked Mykki's debut mixtape, Cosmic Angel: The Illuminati Prince/ss, you'll likely be a fan of the new EP too. You can stream it in full at Pitchfork and listen to two of its tracks below.

Le1f also recently made a video for "Spa Day" off his Fly Zone mixtape. That video, and all other streams and videos below...