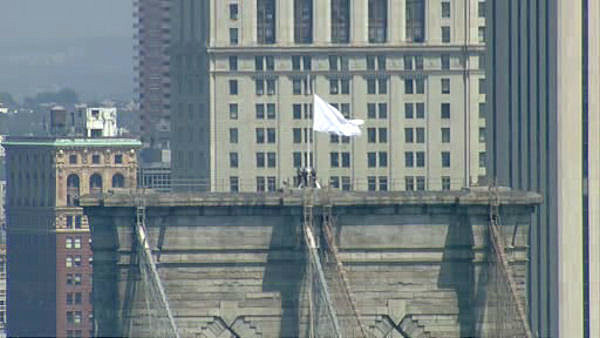 This story would have been funnier if it was a 'black flag', but punk and hardcore fans should nonetheless be amused by the eyewitness interviewed towards the end of this ABC report. Check out the news video below...

City officials are trying to figure out why two white flags were flying at the top of the Brooklyn Bridge where American flags are usually placed. The NYPD is investigating.