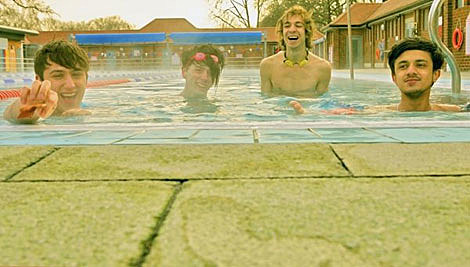 While I'm sure there are all sorts of excellent bands playing in NYC this weekend (one of which I'll get to further down), I'm going to skip ahead to two shows that I'd being going to if they weren't both happening the same night, Tuesday February 24...

Priority for me goes to The Mystery Jets who are at Bowery Ballroom. They haven't played here in a while (since September 2007) and you may remember them, if at all, as the overly weird prog rockers whose singer's father was in the band. (That would be singer Blaine Harrison's father, Henry.) Well, Mystery Jets have changed a lot since then. Henry, dropped out of the band and with him went Mystery Jets' prog-rock tendencies. With the help of producers Stephen Street (The Smiths, Blur) and Erol Alkan (Late of the Pier, The Long Blondes), the band embraced the pop song fully on their second album, Twenty One, which was my #2 album of 2008. It's single, "Young Love," which features Laura Marling (who unlike MJ is playing SXSW this year), topped my Best Songs list. The great video for that song, is at the bottom of this post.

The whole album is full of actual and potential singles, and if it errs on the side of being a little too '80s at times (there's saxophone straight out of a Whitney Houston song on "Two Doors Down," and "MJ" might be a little too similar too "Don't Stand So Close to Me" for some) there is no denying the inventive arrangements and giant, stick-in-your-head hooks that are all over Twenty One. (I wrote a lot more about the album over on my blog last year if you care to read it.) It is a mystery (sorry) to me that it hasn't been released in the U.S., but one can guess that this show (and the one they played in L.A. earlier this week) mean they're trying to rectify this. The band just signed to Rough Trade who are re-releasing Twenty One overseas. Hopefully that will happen here too. Tickets are still available for the NYC show. 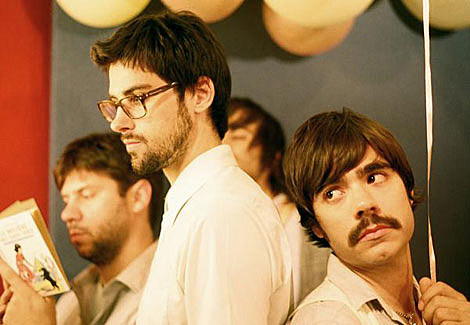 If I wasn't going to see Mystery Jets I would definitely be at Pianos that night for the Paper Bag Records showcase. The Canadian label, home to Tokyo Police Club and The Acorn, are bringing down three of their more recent signings: Winter Gloves, the Josh Reichmann Oracle Band, and Slim Twig. I caught Winter Gloves last November at M for Montreal where they were already local favorites. Not dissimilar from Tokyo Police Club, we're talking keyboard-driven dance rock with a lot of participatory handclapping. "Let Me Drive," which you can download at the top of this post, is pretty typical of their debut album, About a Girl, which came out last year. They're very good live, and I would say it's worth the $8 just for them.

The rest of the lineup has potential, even if I'm not so familiar with the two other bands. Josh Reichmann used to front post-punkers Tangiers, but his new group is more rootsy and soulful, with a lot of saxophone going on. Fans of The Acorn will probably dig. And apparently the group includes a live dancer so that's something you don't see so much these days. Look for the debut, Crazy Power, this spring.

The third artist on the bill, Slim Twig gets compared to everyone from Jon Spencer to Genesis P. Orridge to Scott Walker to Thurston Moore, which is enough to make me want to see him. You can definitely hear those influences in his recordings, which are claustrophobic and paranoid sounding. He's got a full band when he plays live, as well as multimedia elements, so the evening very well could start off with a bang. 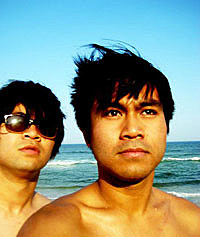 And finally, a weekend show for consideration. I don't know a whole lot about Greenpoint-via-Jersey band Pow Wow! besides what Ive gleaned from their MySpace. Basically a duo of brothers Edward and Jeff Nazareno, the two have been writing together for about three years but only began releasing music last year. And most of it is pretty catchy stuff. The band list Burt Bacharach and The Smiths as influences but their songs are in a similar, laid-back vibe to the Little Joy record. There are two songs to check out at the top of this post and if you like those, pretty much everything they've released is available to download for free from their website. Not sure how their lineup is fleshed out live, but Pow Wow! are playing a bunch of NYC-area shows, the first of which is this Saturday (2/21) at The Annex.

Tour dates, flyers, pictures and videos after the jump...

Mystery Jets - "Half in Love with Elizabeth" 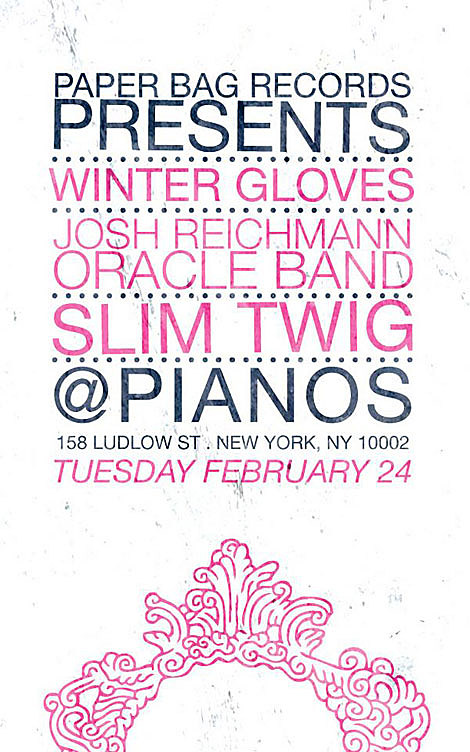 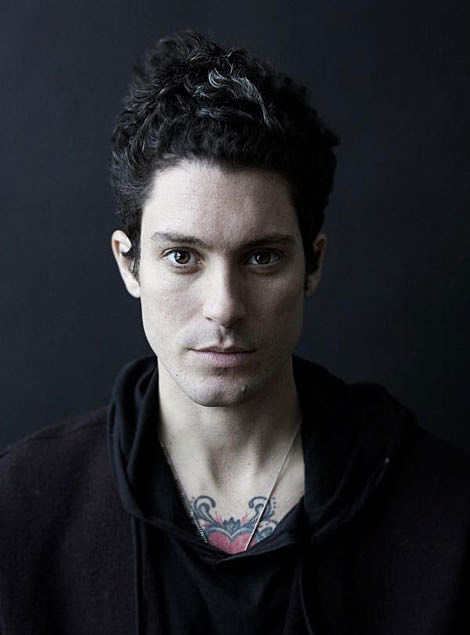 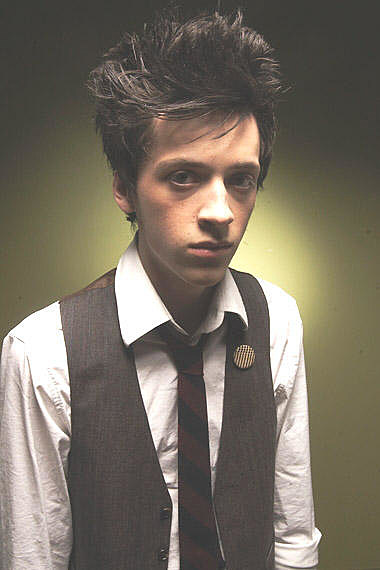