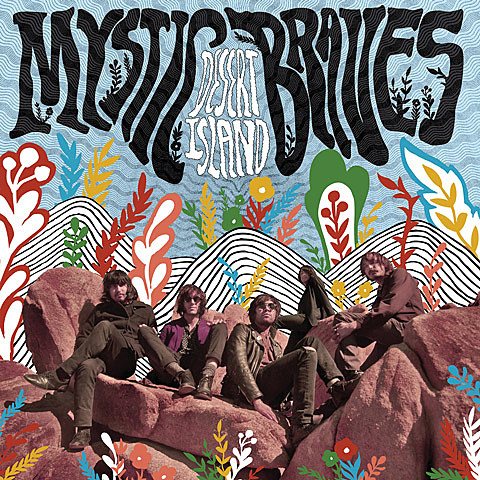 Los Angeles's Mystic Braves look like they've been transported from 1966 and that's pretty much what they sound like too: 12-sting guitars, surfy leads, combo organ, the occasional flourish of spanish horns. (They've opened for The Zombies in L.A. just to underline where they're coming from.) If you dig it, their just-released album, Desert Island, is a pretty groovy listen, and features a nice cover of We Are the People's "In the Past" (also done by Chocolate Watch Band but Delphine's en français version is by far the best). You can stream the whole album (the cassette of which is out on Burger) below.

Having just played Burgerama III and the Desert Daze festivals, Mystic Braves are currently in NYC as part of their current tour. They play an early show (doors at 6:30) at Mercury Lounge tonight (5/7) (tickets) and a FREE midnight show on Thursday (5/8) at Baby's All Right.