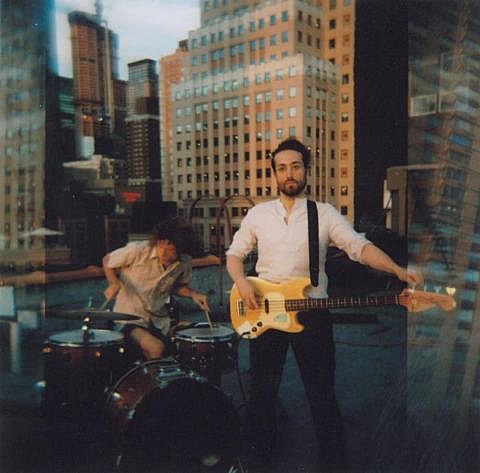 Then there's Mystical Weapons, an improv duo that came about after Sean Lennon became friendly with Deerhoof's Greg Saunier, and Cibo Matto's Yuka Honda suggested the two try playing together. The resulting album is a really cool, eclectic, loosely powerful collection of experiments with some basic structure.

"All the music is improvised, which is one of the guidelines," Lennon explains. "Then there would be verbal guidelines, which were sometimes based around instrumentation or a key signature or a concept or mood."

"A song like 'Dirty Neon' was as simple as saying, 'All right Greg, you play piano this time and I'll play drums,'" Lennon continues. "And then 'Mechanical Mammoth' was all about playing the ARP 2600 on an atonal setting so the intervals on the keys weren't 12-tone but kinda random. Some songs were about just using the kalimba and the last song, 'Consortium Musicum,' was about playing toys live. I'm really proud of that one because it's very atmospheric, even though it's just us sitting cross-legged, playing toys." - [CBC]

You can stream Mystical Weapons' debut album over at the CBC (which is out 1/15) and you can watch a video of them performing "Colony Collapse Disorder" below.

Or you could go see them play live Saturday night (1/12) at Big Sky Works in Williamsburg. They've stopped selling advance online tickets, but you can buy them at the door. $15, 9 PM.

Flyer for the show and video are below... 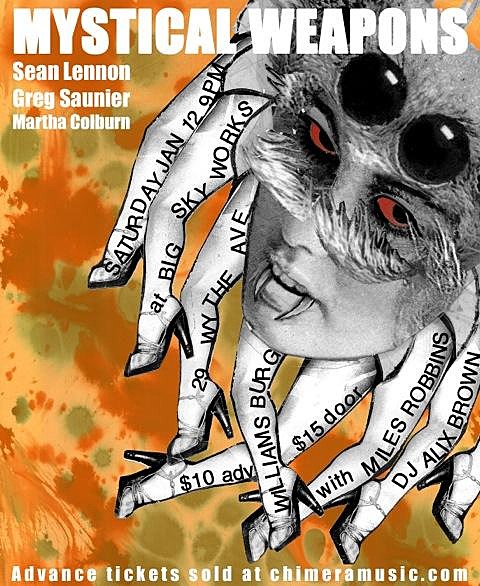