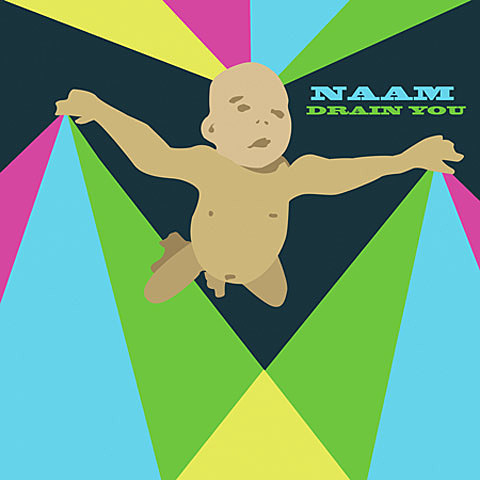 Nirvana's influence goes far and wide, not just to bands like Meat Puppets, Jeff The Brotherhood, or EMA who appear on the recent Spin compilation. Brooklyn's Naam has felt the burn of those riffs too, and are preparing to release their tribute in the form of a new and limited-to-300 7" via Tee Pee. The record features Nevermind's "Drain You" & In Utero's "Pennyroyal Tea". Download both covers above or stream them below. The rest of the colorful 7" art is also below.

The release will be celebrated this weekend, on July 30th at Union Pool where the Brooklyn band will be joined by Dead Stars and Unstoppable Death Machines . Show flyer below.

Thou also paid tribute to Nirvana in the recent past, recording "Sifting" from 1989's Bleach for the 2010 Baton Rouge, You Have Much to Answer For EP, and performing the "Smells Like Teen Spirit" B-side (which is also on Incesticide, rarity comps) "Aneurysm" on the road. Thou will play The Bell House on September 12 with Wolves In The Throne Room. Tickets are on sale.

Nevermind's iconic art was recently banned from Facebook in adherence to their "no nudity" policy. That has since changed. Nirvana (the real one) recently announced the tracklisting on the deluxe edition of Nevermind. Check that out below.

--
Naam at The Charleston in December (more by BBG) 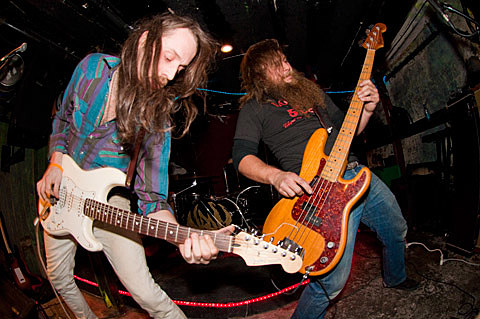 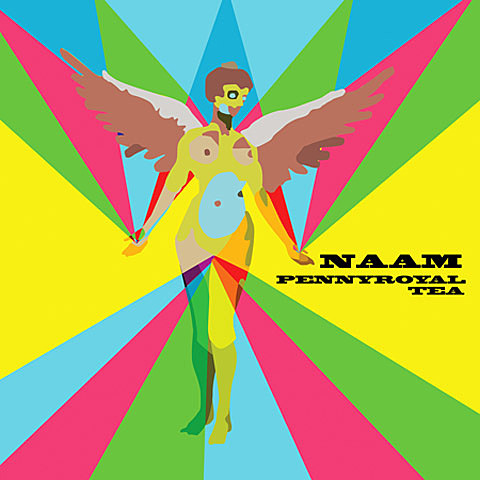 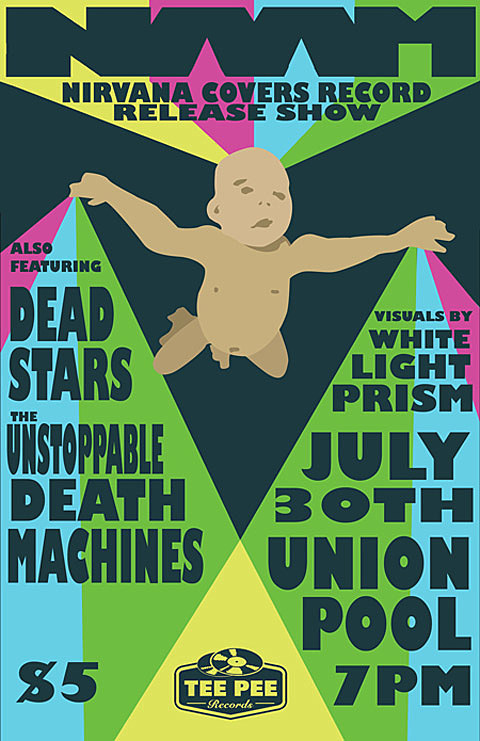 Disc 1 Original album:
Smells Like Teen Spirit
In Bloom
Come As You Are
Breed
Lithium
Polly
Territorial Pissings
Drain You
Lounge Act
Stay Away
On A Plain
Something In The Way

B-sides:
Even In His Youth
Aneurysm
Curmudgeon
D-7 (live at the BBC)
Been A Son (live)
School (live)
Drain You (live)
Sliver (live)
Polly (live)