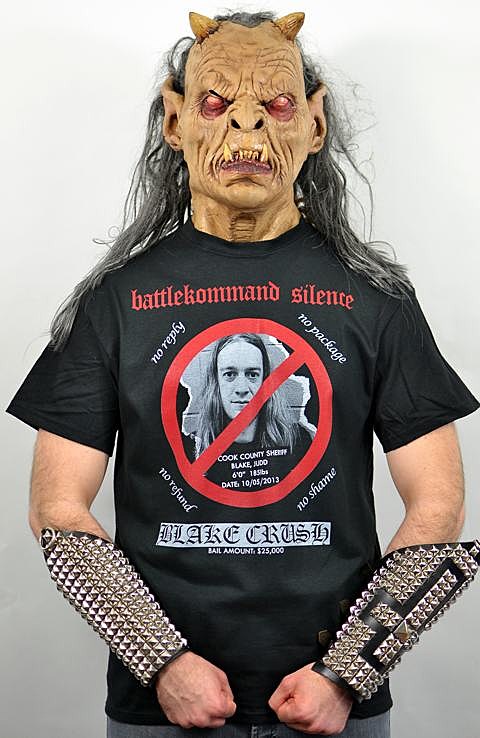 If you're following metal news at all right now, you've no doubt heard about Blake Judd of Nachtmystium's recent legal problems. Judd was arrested on October 5 on theft charges; though he's only being charged with misdemeanor theft of less than $500 worth of property, his bail has been set for $25,000. Not exactly chump change for the black metal milieu.

This development was no doubt troubling for Metal Insider, whose CMJ showcase at Europa on 10/16 featured Nachtmystium as the headlining band. Earlier today, Metal Insider announced that Judd's court date has been moved to November 1, thereby ensuring that he will not be out of jail in time to play the showcase. (Nachtmystium's 10/15 date in Columbus, OH is no doubt canceled as well.) Condolences, guys.

The Metal Insider showcase is going down regardless, and the lineup remains strong; Byzantine are now headlining, with Black Anvil, Ramming Speed, and Vatnett Viskar in support. Both Black Anvil and Ramming Speed made CMJ's rundown of must-see metal bands at this year's festivities, as did Pelican, who are headlining both nights of the Invisible Oranges's CMJ showcase. You can get tickets to the Metal Insider show here and the IO showcases here.

In the meantime, Judd's public stock continues to plummet. His reputation of stiffing people on merch orders and playing fast and loose with other people's money in general has become a subject of popular discussion. Worse (better?) yet, one of the many folks he has crossed over the years has taken it upon himself to print a limited run of anti-Judd t-shirts, which you can see above. In case you're not enough of a metal nerd to catch it, these shirts are parodies of the slain Mayhem guitarist Euronymous's logo for his own Deathlike Silence label. Seriously, buy one; these things will sell for a major mark-up on Ebay in a few years.