Nachtmystium at The Studio at Webster Hall, Sept 2010 (more by Markus Shaffer) 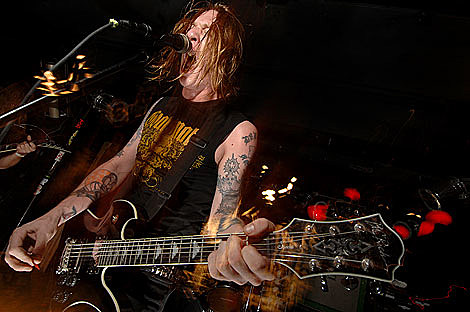 "Nachtmystium, regretfully, has to reschedule its upcoming US tour due to an unavoidable family emergency. The band (and Nachtmystium co-horts Lord Mantis) will still be able to perform the last four dates of the tour on the east coast, but all other dates will be rescheduled for the near future. Nachtmystium apologizes to all the fans and promoters as this was an unavoidable circumstance and we wish that things were different. However, we are beyond excited to come play for you soon. To those fans who will still be able to see us in November, we can't wait to destroy your eardrums. See you soon!"

As stated above, Nachtmystium's tour has shrunk considerably, but what it doesnt mention is the loss of Canadian black metal terrorist Weapon from the bill as well. Though the bulk of the dates are cancelled, Saint Vitus on 11/19 is still a go and now with Jarboe, Bruce Lamont and Batillus. Tickets are still available.

In the meantime you can also catch both Bruce Lamont AND Batillus this weekend, though at different shows. The latter will perform at 285 Kent as part of the Show No Mercy showcase while the former will be on stage as part of Yakuza's exclusive NYC showing at Saint Vitus (aka the BV-BBG showcase). Tickets for the latter show are still available or use your CMJ badge (a limited number allowed in). Entry includes PBR, Sailor Jerry's and Mercy drink while supplies last.

All tour dates and the BV-BBG showcase flyer is below. 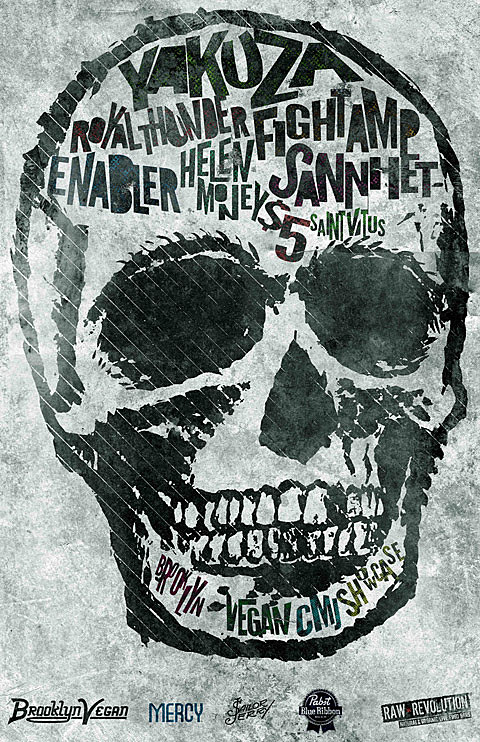