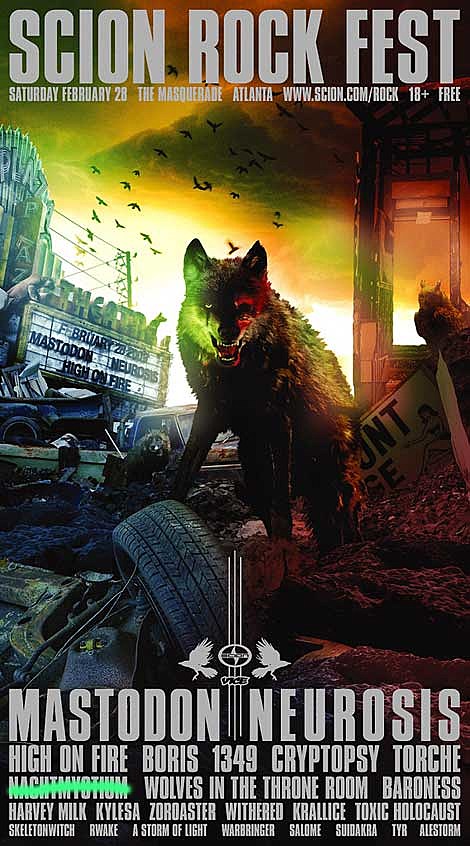 2/27/09 - Chicago, IL:
Nachtmystium has sad news today with a once-again recurring issue surfacing from the wake of our past. We've been forced, at the request of the promoters and the folks at Scion / Toyota, to pull out of the Scion Rock Festival, scheduled for Saturday, February 28th. This news came to us just this past Tuesday and was very disheartening to say the least. A troubling, and unjustly-applied notion that we are, or ever have been, in any way, a "Nazi" band or a political band on any level, is completely absurd and we are disgusted that there is someone out there who really believes we are of this ilk. It made it as far as the sponsors of this events desks, and now we are forced to pull out of it after some political threatening on the part of these ridiculously uneducated person/people who have caused this ruckus. 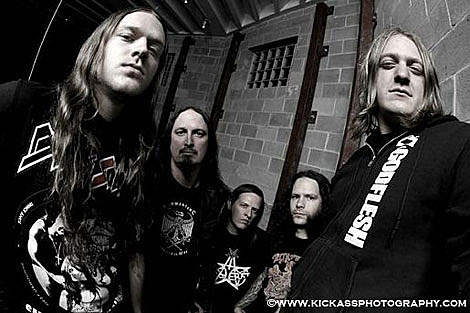 We'd like to make light of at least one aspect of this situation and use the opportunity to once again clear the air - we are, IN NO WAY, a Nazi' band. We do NOT support such groups, political beliefs or bands that are affiliated with that world. We have canceled tours in the past and dodged working with bands and people BECAUSE they had these ideologies and we never wanted to be affiliated with it. Yet, here we are, a metal band who's members are more like hippies than your typical leather-clad metal maniacs, and we're being falsely accused of this
association once again.

We will be taking legal action against the people who slandered us in this situation, and in the future will file defamation / slander charges against any person or organization who attempts to prevent us from performing anywhere, especially in the United States. We are as offended by this as someone might be at the notion of a Nazi band playing a big corporate-sponsored festival. So - let it be known loud and clear for the LAST TIME, we ARE NOT a Nazi band, ARE NOT political, are certainly NOT racists and DO NOT support that world or any band, person or business affiliated with it.

My deepest apologies to all of our friends, fans and people who have worked on and supported us being a part of this festival, we are sorry for these awful circumstances and you can be certain this will not defeat us.
See all of you very, very soon.
Blake Judd / Nachtmystium

I've always thought it was weird - maybe awesome (well I mean as "awesome" as corporate sponsorship can get) that Toyota has decided to align itself with, and support, metal so much. If you haven't noticed, in addition to putting on the amazing festival in Georgia this weekend, Scion also sponsors the new monthly Show No Mercry party at Public Assembly (that Nachtmystium played once), and they sponsored the Nachtmystium show at Knitting Factory in LA in October, and they were the ones responsible for the free Motorhead show at SXSW last year. In fact.... 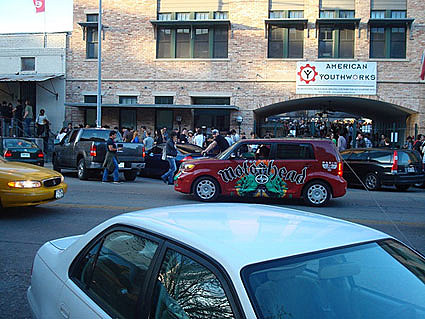 Speaking to the New York Waste web site, Lemmy stated about his Nazi collection, "I don't only collect Nazi stuff, I collect objects from all the 'axis countries.' Also from countries who aren't even mentioned anymore as former part of the axis. Like Latvia, Lithuania, Estonia, Finland, Hungary. OK, in the end, they all said, 'We're no Nazis' when they saw that the Germans [who charged Lemmy with a crime] were losing it. But five years before that, they went, 'Yeah!'" [Blabbermouth, July 2008]

Lemmy went on to say "Don't tell me, I'm a Nazi 'cause I have uniforms. In 1967 I had my first black girlfriend and a lot of more ever since then. I just don't understand racism, I never thought it was an option."...