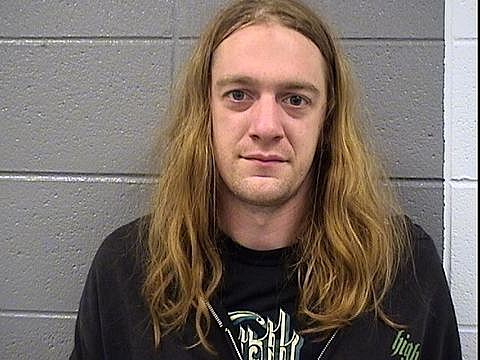 As reported on BV Chicago, Nachtmystium singer and guitarist Blake Judd was arrested this past Saturday (10/5) on a charge of theft, according to the Cook County Sheriff's Department of Corrections. The charge (720 ILCS 5/16-1) is described as theft by unauthorized control of property not exceeding $500. Judd's bail was set at $25,000, and he has a court date set for Friday (10/11). The charge is a Class A misdemeanor, according to the Illinois General Assembly.

Judd's a well known figure in the US black metal scene, and in addition to fronting Nachtmystium, he performs with the black metal supergroup Twilight (with new member Thurston Moore of Sonic Youth) and his new band Hate Meditation. Unfortunately, Judd has often found himself at the center of attention in less than favorable light. Judd has been accused by fans of ripping them off -- specifically, failing to deliver merchandise paid for by fans. In his defense, Judd offered an explanation for at least some of the allegations. Judd has also publicly discussed his struggles with substance abuse.

Nachtmystium is currently scheduled to play a few shows in the immediate future, including a Metal Insider CMJ showcase on October 16 at Europa with Byzantine, Black Anvil, Ramming Speed and Vattnet Viskar. It remains to be seen if Judd will make it to the shows, but tickets are still available. Stay tuned.

Nachtmystium's upcoming dates are below...