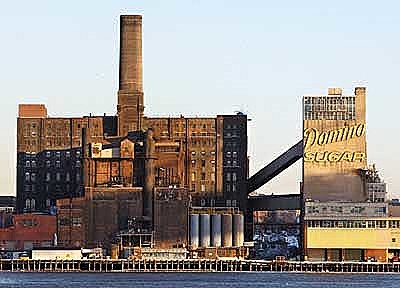 Williamsburg, Brooklyn: Community leaders and local rock bands will gather on the Williamsburg waterfront on June 3, 2007, to participate in a benefit "friendraiser" concert to save the historic Domino's Sugar Factory from demolition. Concert organizers Act Local have partnered with the Waterfront Preservation Alliance to produce the event. The lineup includes nationally known acts like Nada Surf, The Wau Wau Sisters, and The Hungry March Band, as well as emerging acts Cheeseburger, Vic Thrill and the Saturn Missile, and The Black Tie Party.

The Domino Sugar Refinery is one of the last major industrial sites on Williamsburg's waterfront and it is soon to be rezoned for residential development. "The Waterfront Preservation Alliance supports the redevelopment of the site, provided that architecturally and historically significant buildings such as the refinery, Adant House and Power House are preserved as part of the redevelopment," says WPA spokesperson Alice Rich. "We believe that a comprehensive preservation program, combined with high-quality new design and affordable housing will best serve the Williamsburg community. Landmarking the site means that the rich history of Williamsburg's past has a place in its future. These buildings are significant and should be retained no matter what the future use of the site may be."

The concert is absolutely free. The cost of admission is a signature on a petition asking Mayor Bloomberg to designate the site a New York City Landmark and thus save it from potentially being torn down to make way for luxury condos. (Concertgoers who have already signed the petition can sign a letter requesting the same of the mayor.)

"We are excited to be putting on our first FREE benefit show," said Mikki Halpin of Act Local, the concert organizer. "We've done benefits in the past but they always had a door charge. This is exciting because it is all about people power."

The musical selection is diverse, with the raucous neo-punk of the Black Tie Party, the marching-band-gone-insane-vibe of The Hungry March Band, Cheeseburger's trademark guitar mayhem, costumes-and-country camp divas the Wau Wau Sisters, "backwoods extraterrestrials" Vic Thrill and the Saturn Missile, and an acoustic set from critically acclaimed headliners Nada Surf all combining to deliver a day of music that is 100% locally grown Brooklyn rock.

Local community groups will be using the picnic area to distribute literature and let community members know of other ways to get involved in issues of development, waterfront preservation, and open space.

Both Act Local and the Waterfront Preservation Alliance encourage the community to come out to the park, have a picnic, and enjoy music while saving this important piece of New York history. 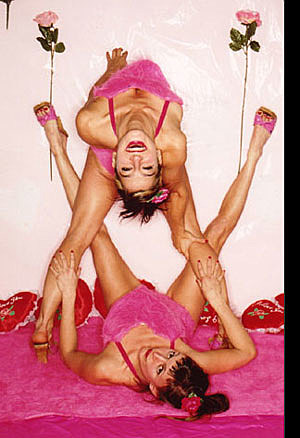