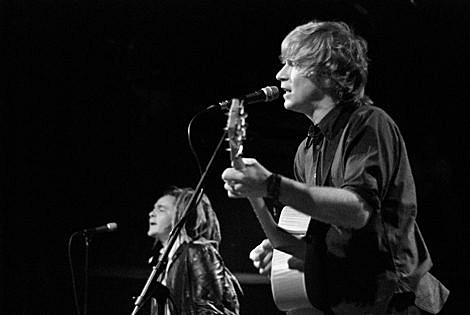 Nada Surf played the first show of their sold out three night NYC run last night at Bowery Ballroom (3/25). Each night they will be playing one of their albums in its entirety. Last night was 2003's "Let Go", arguably the most "popular" album in their catalog.

The floor was already crowded when opener Sondre Lerche took the stage at nine. He played a great set covering a wide breadth of his material. The biggest issue with his set was that it was really hard to hear if you were more than halfway back, because of the ridiculously loud chatter from the people near the bar. The shushing by people who actually wanted to hear music at a show they bought tickets for did little to silence the loud talkers. I know Sondre was the opener in this case, but there's a bar downstairs, and plenty of other places people can talk. I wish people would have more respect for the artists on stage and go downstairs or shut up. If you aren't there for the music, why are you there? To be seen? So you can text people and update your Facebook status? To get an achievement on FourSquare? /end rant. (editor's note: :-) )

Nada Surf followed Sondre, and immediately went into Blizzard of 77, prompting a sing-along by much of the crowd. They sounded fantastic, despite the fact that Matthew Caws had a cold, and Daniel Lorca had a hoarse throat (evident on his vocals on "Là Pour Ça"). The band was also joined by a few special guests including Joe McGinty on keys.

"Let Go" is probably their most cohesive album overall, in that it has the proper ebbs and flows to bring you up and back down. This lent itself really well to a good concert setlist. Not too many up-tempo songs in a row, and no long stretches of slow songs. Songs like "Fruit Fly" start out mellow, and then really rev up towards the end. Every song from the album sounded just as good as, if not better than on record, with perhaps the exception of Daniel's vocals on Là Pour Ça, which he had a legitimate excuse for. After playing the album, they took a short break and came back for another lengthy set, to a slightly smaller crowd.

The next set featured songs from their new all covers album "If I Had a Hi Fi", which is currently only available at their shows. They played a cover of Depeche Mode's Enjoy The Silence, which (while totally recognizable as the DM song) definitely had the Nada Surf signature sound on it, turning into an up-tempo power-pop number. The crowd seemed to mellow out quite a bit during the covers, but when the band went back to their originals, they immediately got everyone's attention back. They played several songs from their other albums, including "Weightless", "Blankest Year", "Do It Again" and "80 Windows" and "Hyperspace" from The Proximity Effect. They closed the show with a raucous and faithful cover of (The Clash's cover of ) "I Fought The Law ", where Matthew Caws even sounded an awful lot like Joe Strummer with his vocals.

Anyone going to the Bell House tonight (3/26), or Music Hall of Williamsburg on Saturday, is in for a treat. Pictures continued below... 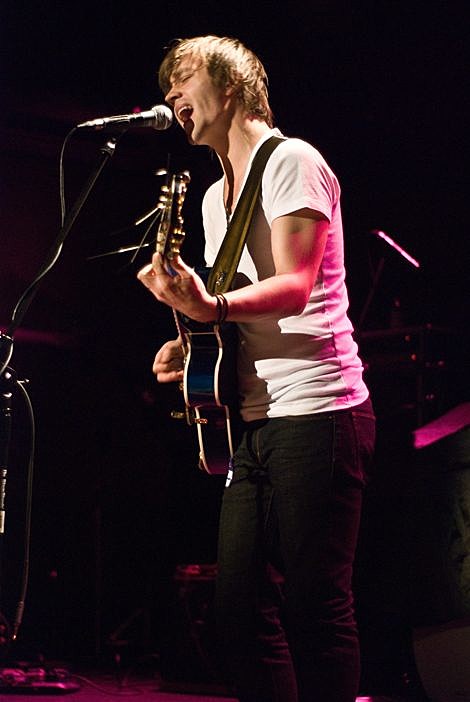 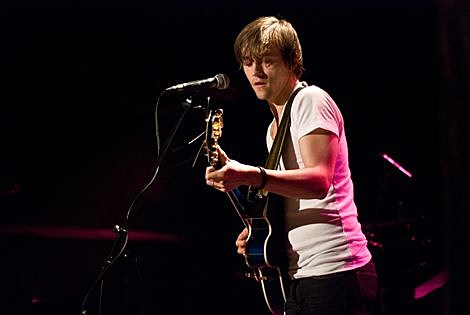 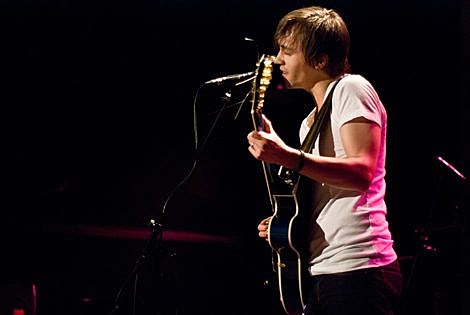 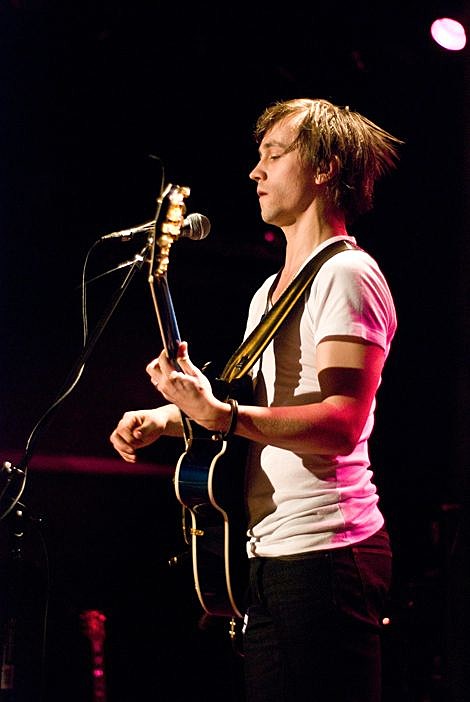 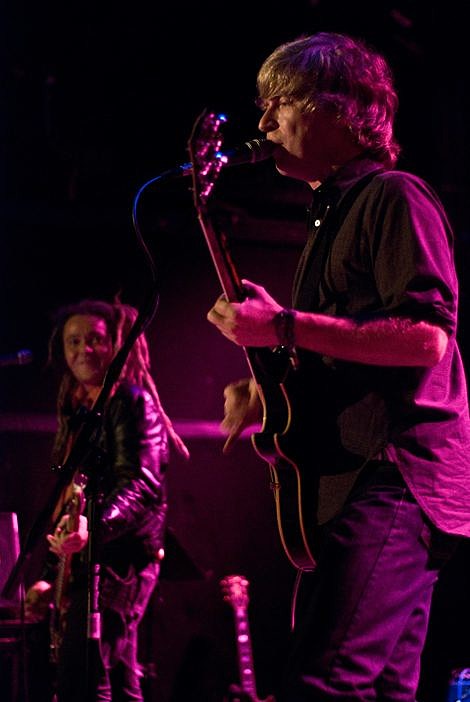 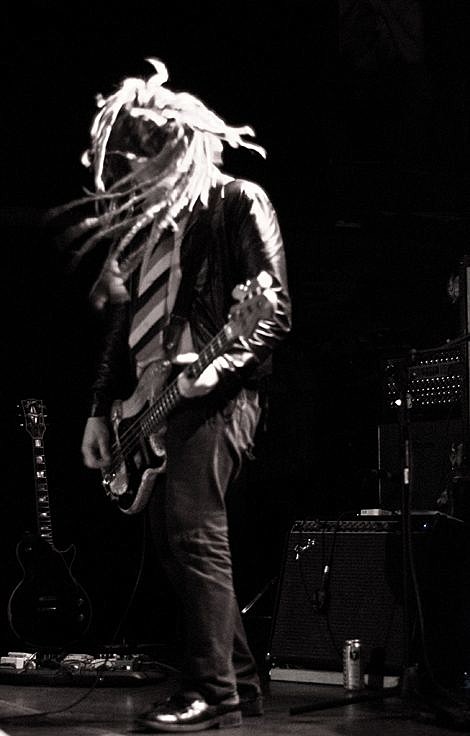 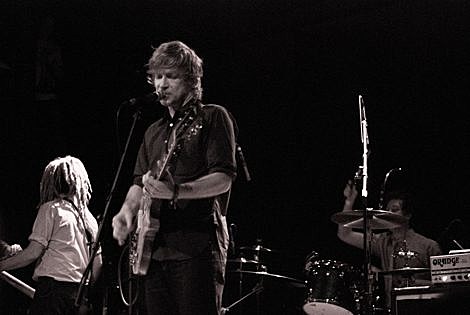 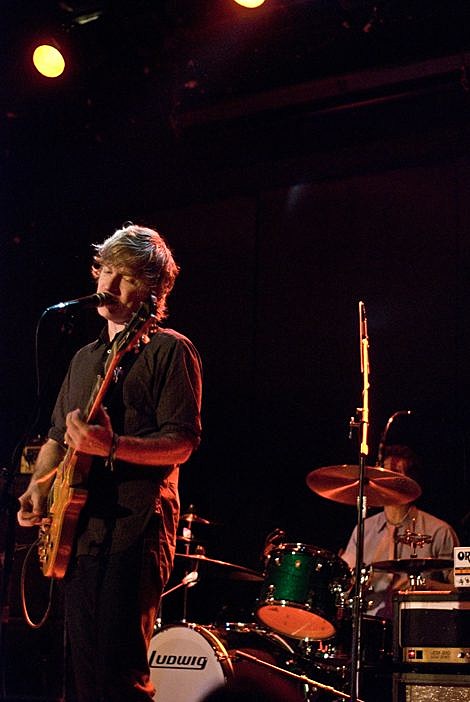 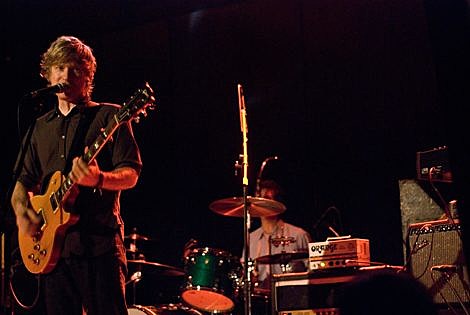 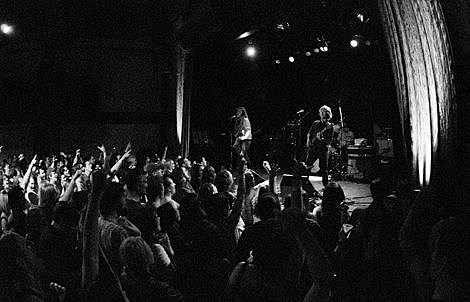 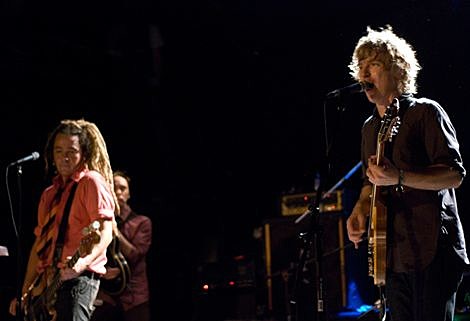