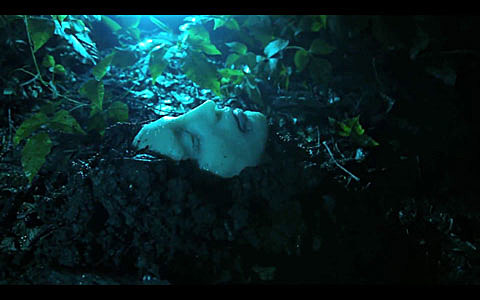 Nader Sadek, a visual artist and a craftsman who may be best known for his work with Mayhem, is preparing to unleash his newest monstrosity. In The Flesh is a conceptual piece is based in mix of visual media, performance, as well as recorded material and will form the basis for Sadek's first LP of the same name, out this November.

Written in part by Nader Sadek, In The Flesh features a cast of notables including Attila Csihar (sunn o))), Mayhem), Steve Tucker (ex-Morbid Angel), Rune Erickson (ex-Mayhem/Ava Inferi), Flo Mounier (Cryptopsy), Nick McMaster (Krallice), Travis Ryan (Cattle Decapitation) and many others. The LP is scheduled to be unleashed in November, but the first of many video set-pieces has been released and is viewable below. Dig on "Nigredo In Necromance" below, but warning, it's not for the squeamish.

Look out for In The Flesh to surface in November and news of a coming release show to arrive prior.