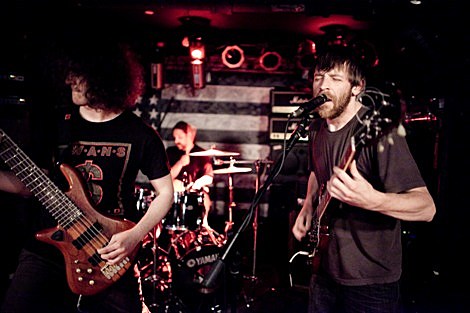 Besides the previously mentioned Maze Installation running at Death By Audio, Mick Barr has his hands full with two more shows that lean more towards the heavier side of things.

First up, Mick is scheduled to play Union Pool on September 19th with dark droners Nadja as part of the ongoing Blackened Music Series. Tickets are available, get 'em here. The show is part of a US tour for Nadja, who are promoting as many as FIVE new releases and three upcoming ones: Autopergamene for Essence Music, as well as White Nights/Drone Fields DVD and Under The Jaguar Sun 2LP for Beta-Lactam Ring Records. Sheesh.

The second (actually first) show for Barr is part of the ongoing Show No Mercy series. That takes place at Public Assembly on Sept 6th and will feature the Gnaw, Castevet, and Period. Dig on the flyer for that show below. You want to go for free? I have TWO PAIRS OF TICKETS available for giveaway, just email us at BVCONTESTS@HOTMAIL.COM with the subject line of "Barr" (include your first and last name).

After the Mick Barr/Nadja gig, the next show in The Blackened Music Series will be the sunn 0)))/Earth/Pelican/Eagle Twin mega-event at Masonic Temple on 9/22 (tickets) followed by the Brooklyn Vegan sponsored presentation of Shrinebuilder at Le Poisson Rouge on 11/15! 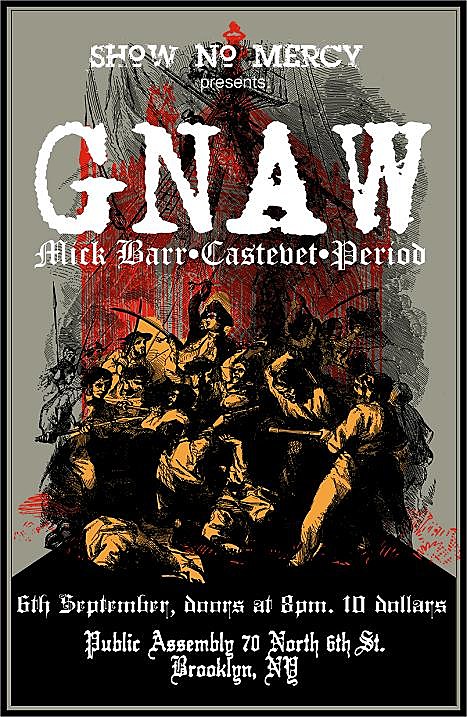