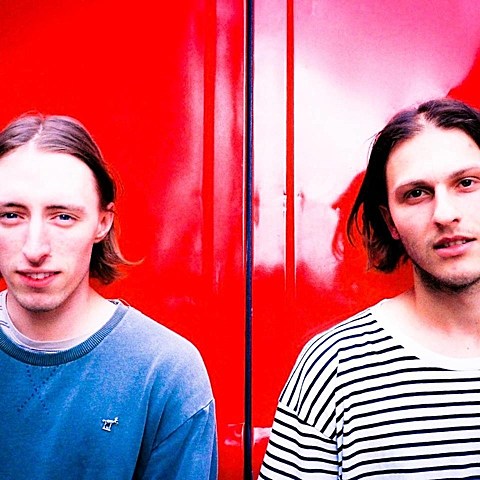 UK indie rock duo Nai Harvest have been on our radar since the release of their impressive Hold Open My Head (on Topshelf/Dog Knights) earlier this year, and it was exciting when they announced they'd be coming to the US for The Fest, which we hoped would mean a NYC show would get added too. That's finally happened, as the band have announced a tour with two mathy American bands, Dads and Tiny Moving Parts. The tour hits NYC on October 20 at The Studio at Webster Hall. Tickets for that show are on sale now. All dates are listed below.

Nai Harvest are following their EP with a split with Playlounge due out on Dog Knights/Topshelf this August. Each band contributes a new song and covers a track by the other band, and Nai Harvest recently shared their new contribution, "Buttercups." It's another love letter to '90s indie rock, but with enough hooks to prove that Nai Harvest have some real songwriting chops too. Check it out below.

Both Dads and Tiny Moving Parts have new albums coming out this year too, I'll Be the Tornado (out 10/14 via 6131) and Pleasant Living (out 9/9 via Triple Crown), respectively. Stream tracks from both of those LPs as well, with the list of tour dates, below...