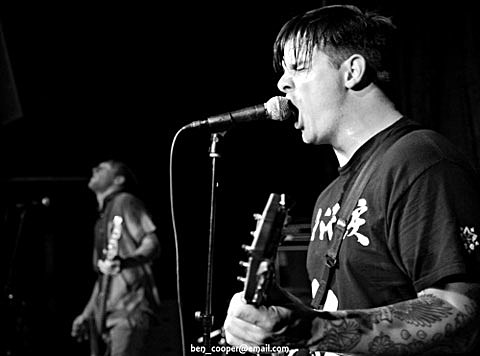 2010 was good to California's Nails. The band's Unsilent Death (a personal fave) quickly disappeared from circulation at Six Feet Under Records and was repressed by the venerable Southern Lord. Killer tours followed, including bi-coastal dates with Venomous Concept (that tour hit Europa in September).

Now comes word that Nails will keep the party going into the new year. They'll hit the East Coast for a string of select dates with Burning Love, All Pigs Must Die, and New Lows. Included in those is an April 1st appearance at Union Pool, a BrooklynVegan/1000 Knives production.

Full tour dates, tour flyer, and and some video is below. 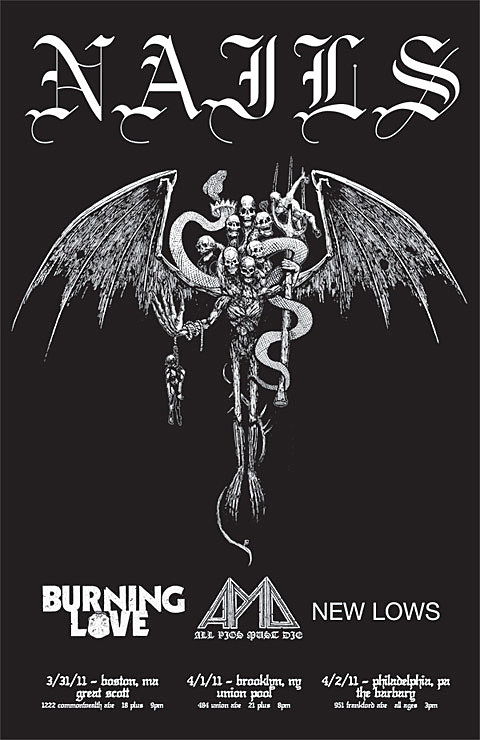