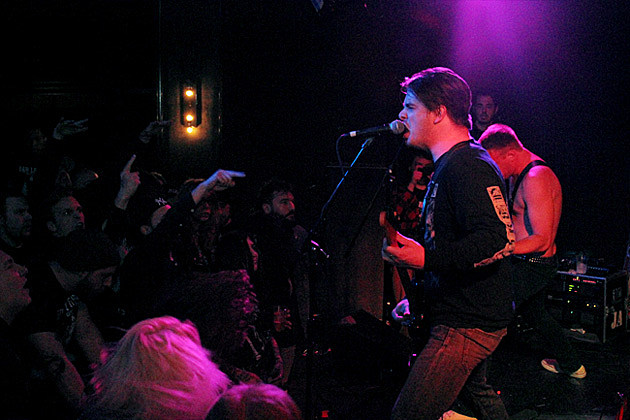 The monster IO-sponsored bill of hardcore-influenced favorites Nails, Xibalba and Early Graves featuring Nails, Xibalba and Early Graves came to a close in Philadelphia, one day after a showing at Saint Vitus in Brooklyn on May 3. Brooklyn's White Widows opened the evening, and riled up the crowd with a surprise appearance from Incendiary vocalist Brendan Garrone. Check out  video and more photos from the show at InvisibleOranges.

In related news, both Xibalba and Nails will return to the East Coast to play This is Hardcore at The Electric Factory in Philadelphia on August 8 - 12, joining names like Sick of it All, Trapped Under Ice, Kid Dynamite, Modern Life is War, Rival Mob, Ringworm, Absolution and others. Four-day passes are on sale now and full lineup is below.