Naked on the Vague 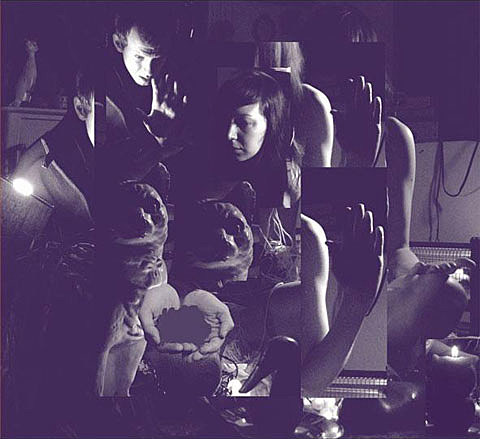 It's spring, it's Passover/Easter, flowers are blooming...let's talk goth. Sydney, Australia's Naked on the Vague are here this weekend for two shows: tonight (4/22) at Coco66 with Sacred Bones labelmates Trust and Silk Flowers, and then Saturday (4/23) at Bowery, kicking off their tour with Zola Jesus and Cult of Youth.

Naked on the Vague's new platter, Twelve Dark Noons, which is also the name of a new film that made its U.S. debut last night (yes I'm a little behind) at 92 Y Tribeca, and the band played an "experimental music" set beforehand. Tonight's show is a little more normal for the band -- it's the record release party -- though may not be normal to you depending on what you listen to.

Core duo Lucy Cliche and Matthew Hopkins have recently expanded the band to a four-piece, making for a fuller-sounding dark and doomy racket. Hopkins describes the new album as "Dracula fronting the B-52s." I'm not sure that's how I;d describe it, but this is certainly a more accessible record than last year's Heaps of Nothing which came out on Siltbreeze. If you like the '80s goth touchstones, you'll be into this. Check out "Clock of 12's" at the top of this post and the video is below. 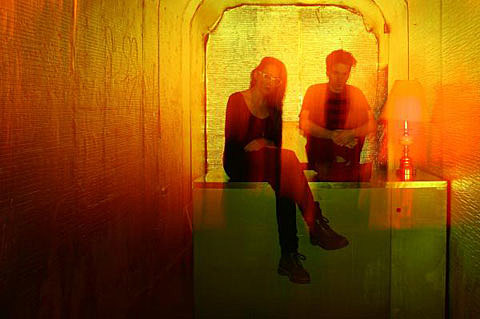 Opening tonight are Toronto duo Trust who played earlier in the week at the Wierd party at Home Sweet Home. You may recognize Maya Postepski if you've seen Austra play live (she's their drummer). Along with singer Robert Alfons the duo "combine dark synth arpeggios, live and programmed drum beats with haunting, effected vocals." Hear all those things in Trust's debut single, "Candy Walls," which is downloadable above. (And watch the well-photographed, vaguely creepy video below.) Similarities to Postepski's other group are evident, which is to say if you like Austra but wish the songs were sung by a guy who kind of sounds like the Crash Test Dummies dude...Trust is pretty close to that. And not a bad thing. Locals Silk Flowers open tonight's show.

Trust will open for Austra on U.S. dates in May (including 5/23 at Mercury Lounge) if you can't see them tonight. 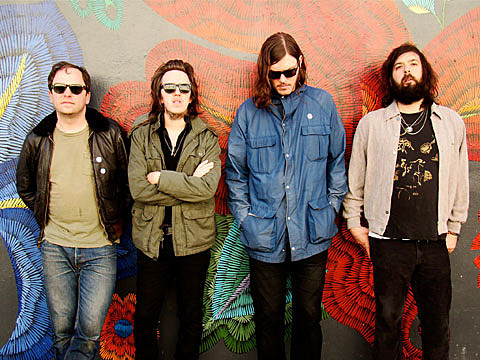 Keeping thing within the Sacred Bones realm, San Francisco's Fresh & Onlys are here tomorrow (4/23) at Music Hall of Williamsburg as they're on tour with Crocodiles. The band have been on a prolific tear for the last two years but have kind of slacked off in 2011. It's April and they've only just released their first record on the year. But it's a good one, Secret Walls (on aforementioned label), continues the band's differentiation from the SF garage scene they were lumped in with. There's not one rocker amongst its six tracks. Which is not a bad thing at all. Tim Cohen's songwriting just keeps getting better and the EP's expansive sound here is a great showcase for the superior musicianship found in all corners of the band. Lovely stuff.

The MHoW show is a pretty happening bill. In addition to Crocodiles, you've got Bay Area shoegazers Young Prisms and Bass Drum of Death, the latter of whom also play tonight at Glasslands. 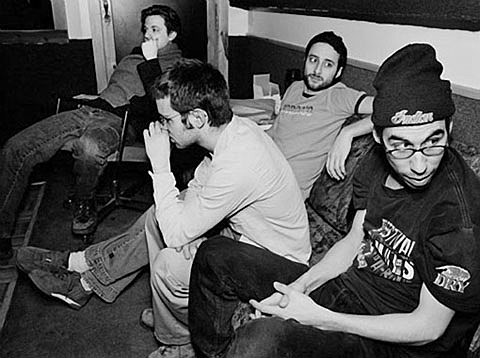 Shifting gears, tonight at Pianos are Karkwa from Montreal who you might remember won the Polaris Music Prize in 2010 for Les Chemins de Verres, the first-ever Francophone album to receive the award. Yes, that means they sing in French though that really shouldn't stop you from digging them. I've described them before as the French-Canadian Radiohead, which is reductive but gets you there. So if you can listen to Sigur Ros and not worry about what they're saying, you can do the same for Karkwa. Check out their video for single "Le Pyromane" at the bottom of this post. They play giant rooms in Canada so to be in a room as tiny as Pianos should be interesting. 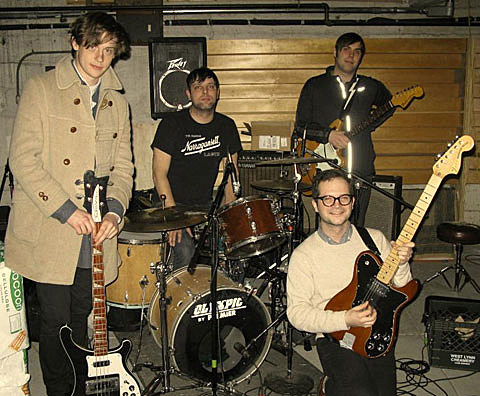 As previously mentioned, former Swell Maps and Television Personalities guy Jowe Head is here, playing tonight at Bruar Falls and tomorrow (5/23) at Cake Shop. Tomorrow's show is especially enticing, as it's the NYC debut of Cuffs which is the new band from Andrew Churchman who fronted much-loved Boston band Pants Yell! (That's their exclamation point, not mine.) Cuffs also has Pants Yell! drummer Casey Keenan, as well as "a member of Reports and the blonde kid from Big Troubles."

Cuffs are working on some real recordings as we speak but you can listen to some demos at their Bandcamp site, one of which you can download at the top of this post. For those familiar with Churchman's previous band, you already mostly know what to expect here. He's still writing delicate indiepop, though Cuffs have a little more groove. I remember him saying at Popfest (PY!'s last NYC show) that the new stuff would be more Prefab Sprout influenced and you can hear that lonely jazzy sound in "Albert Kroft."

Pants Yell! were always a louder, more rocking band live than on record, and I bet the same holds true for Cuffs. There also seems to be a little jammy-ness with them too (maybe the Big Troubles factor), so I'm really curious/excited for tomorrow's show.

That's the main stuff this weekend, but there are a few more day-by-day picks below.

The Bass Drum of Death show tonight mentioned up the post is also with So So Glos, Xray Eyeballs, and Night Manager.

If you like The Drums, check out The Young Friends (who are signed to the Drums' Holiday Records) at The Gutter with Beacon and Kosovo.

It's a hard-to-pass-up bill at Glasslands tonight, with Hunx & His Punks, Shannon & the Clams (who played Cake Shop already this week), the wonderful Grass Widow and the K-Holes. Catch Grass Widow again on Sunday (3/24) at Death by Audio with Talk Normal.

And if you want to see that show, chances are you wish you could see Davilla 666 (who played Cake Shop earlier this week too), The Beets and Xray Eyeballs at Knitting Factory.

That's it for this week. Tour dates and videos are below... 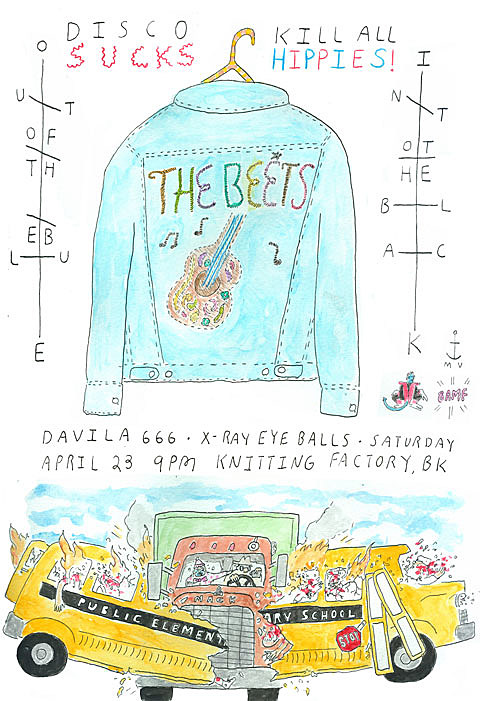