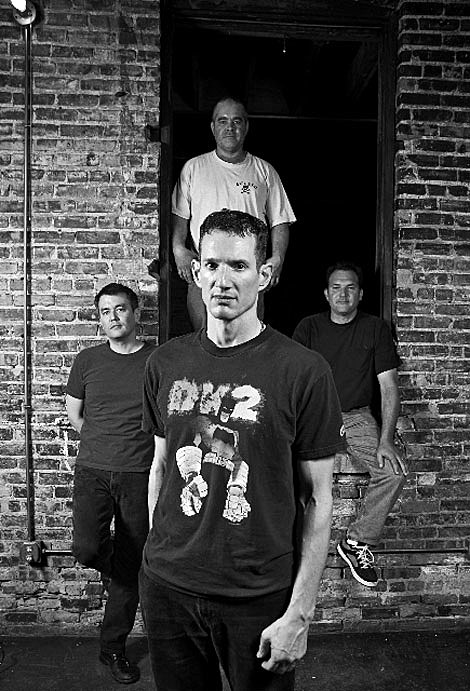 "Naked Raygun is a Chicago-based punk rock group. Initially active from 1980 to about 1992, Naked Raygun had several short-lived reunions afterwards and a full-time reformation in 2006." [Wikipedia]

Since playing their first reunion show at Riot Fest in Chicago, the band has have toured the West Coast, played more shows in Chicago, released a DVD, and even written some new songs. Naked Raygun have NOT yet been east. That changes in September when they'll visit Boston, Philly, Baltimore, Hoboken, and Brooklyn for five reunion shows. Shot Baker opens all of the shows. Paint it Black opens four of them. Tickets for both NYC-area shows go on sale Friday at noon. All dates below...

* with Shot Baker
+ with Paint It Black, Shot Baker