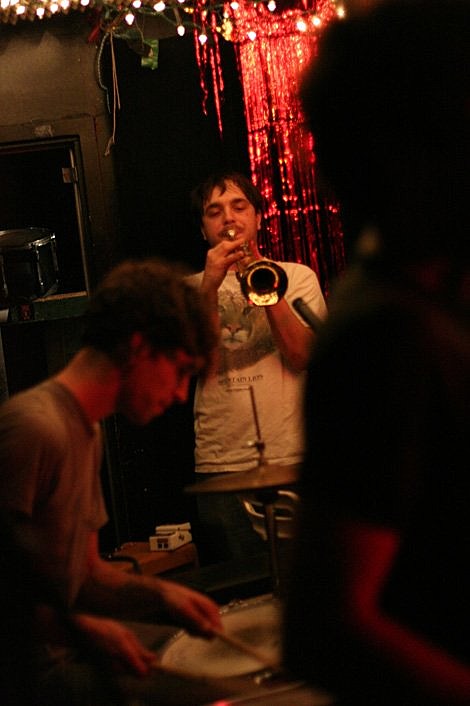 T.O. Snob: Most of the press material I've seen points out connections between the band and Neutral Milk Hotel, Elf Power, and other Elephant 6 groups. Based on that association do people approach Nana Grizol's music with certain expectations? If so, what do you believe they are?

Nana Grizol's Theo Hilton: I don't know... I guess we share some personnel with those groups in particular, and pretty much all of us were part of the latest incarnation of the Music Tapes; I love those folks and I feel like in a lot of ways we're going for the same things with our music. I guess what I'd say is that it's so nice to have a LOT of friends who are really fun to collaborate with on musical projects. I don't feel like we personally go out of our way to affiliate or disaffiliate ourselves with any organized collectives or anything, not that Elephant 6 is an organized collective. I just really want to play music with my friends! And share cool weird experiences with them!! I don't think people approach our band with any specific expectations, at least I don't know what they could be, but if anyone decided to check out our band because they like our friends band, and they like our band, then great!

Athens band Nana Grizol's tour was in town on November 8th for a show at Cake Shop. Even with ex-Neutral Milk Hotel members Laura Carter and Robbie Cucchiaro in the band and Jeff Mangum in the audience, it'd be a mistake to overemphasize the "Elephant 6"-ness of the show. The band is really Theo Hilton's gig, and as a songwriter he has his own direct, personal style. The band too has an urgency about it, with insistent melodies and rotating instruments (that pair up occasionally as double drums and double trumpets). The new album, Ruth, was present in the set list and at the merch table. The above song "For Things That Haven't Come," listed on the setlist as "Ginsburg" maybe for obvious reasons, is characteristic of their basement pop vibe (or maybe farm house pop as the case may be).

Nana Grizol's current tour continues through November 20th. More pictures from the NYC show and the set list are below.

Music Tapes ringleader Julian Koster (a member of Neutral Milk Hotel who wasn't at Cake Shop last week) will be coming around again this holiday season for an apartment/house tour. Currently the tour runs from December 7th to December 21st with the proposed NYC stops happening toward the end of the trip. But only if you invite them to play - and don't think they won't. Julian & Badger (his saw) unbelievably showed up at my place last year for a short set of songs before disappearing into the night. Even if they don't visit you, you can e-mail for the tour's location in your town. Details on how to do that are below. A track from his The Singing Saw at Christmastime is posted above, with the rough itinerary below... 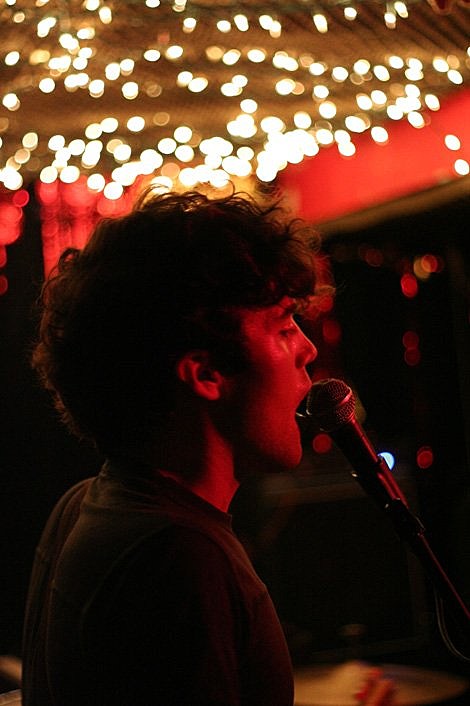 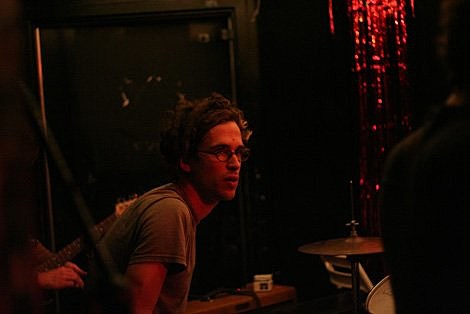 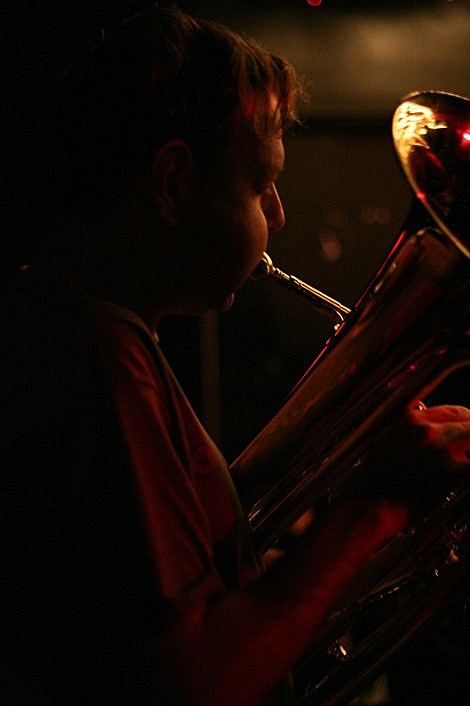 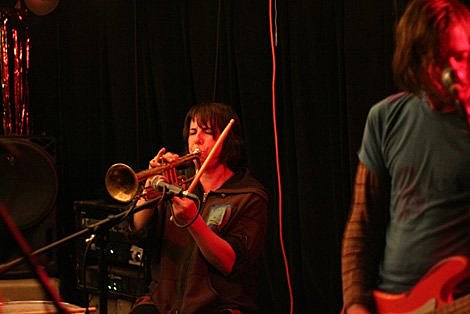 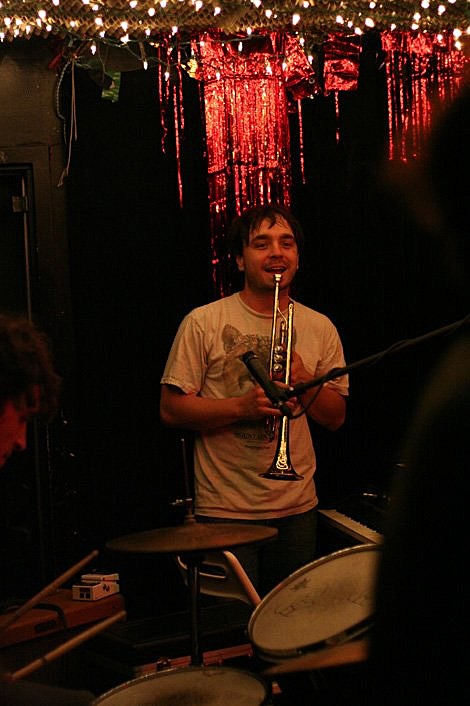 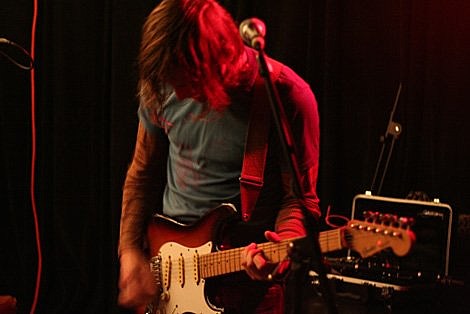 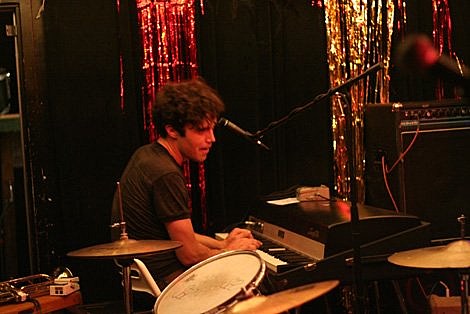 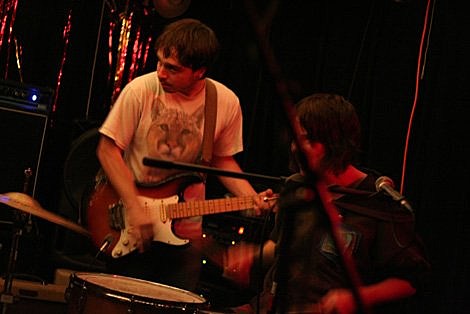 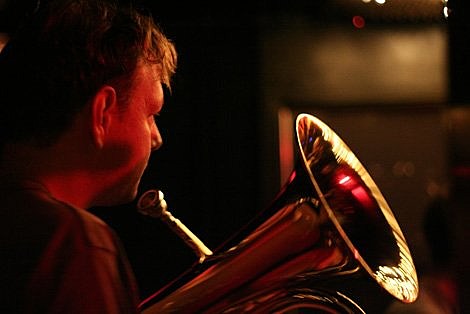 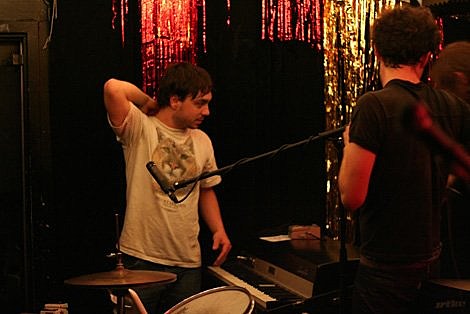 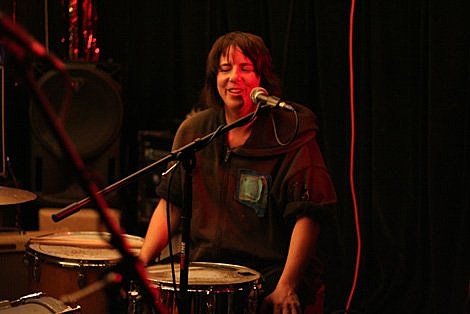 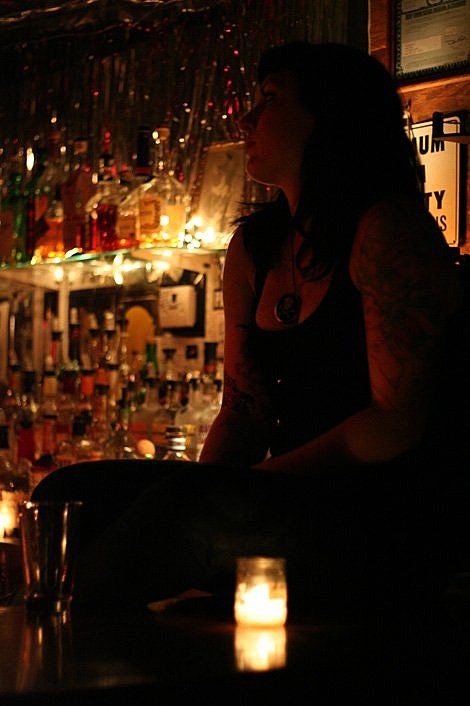 You may invite the carolers to visit your house by emailing musictapescaroling@gmail.com or by mailing a handwritten letter to 450 N. Harris St. Athens, GA 30601 (due to time constraints, please send an email to let the "caroling ambassador" know you are sending a letter). Be sure to include an email address or telephone number for reply. Invitations where the hosts indicate that they would be willing to entertain outside guests on caroling night are preferred. Please note your permission to invite others from the area to your house and whether you can offer the carolers a place to sleep in your letter or email.

Once the limit on houses on a given night has been reached, the address of each house that will welcome guests will be distributed via email to all who email musictapescaroling@gmail.com and ask to attend. The addresses of the houses will not be posted online.