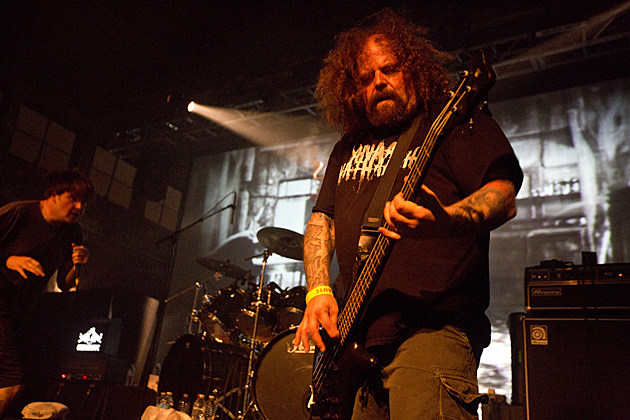 Original grind masters Napalm Death are streaming a brand new single from their incredibly named upcoming album Apex Predator - Easy Meat, which is due out on January 27 via Century Media. The song, which debuted over at Decibel, is called "Cesspits," and it's an absolute ripper -- equal parts punishing and complex, rushing through riffs and time signatures with seemingly effortless brutality. If this is any indication, the new record should be killer.

As discussed, Napalm Death are heading out on a huge tour with Voivod, Exhumed, Iron Reagan and Ringworm, among others, in 2015. That beast of a tour hits NYC on February 2 at Gramercy Theatre. Tickets for that show are still available. Napalm Death are also the 24th greatest metal band of all time according to a Metalsucks poll of experts, narrowly coming out in front of Lamb of God.