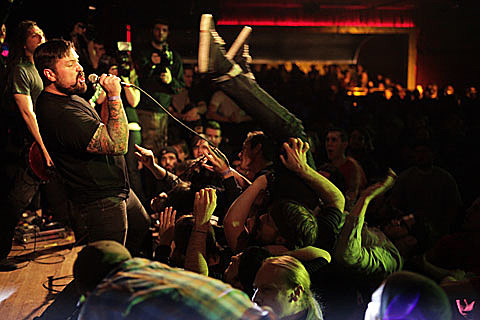 Speaking of All Pigs Must Die... In addition to the previously discussed show they're playing at Acheron on 1/20 with Seven Sisters of Sleep, Low Places, and Grudges, they're also playing a NYC date as part of a tour toward SXSW with Narrows on March 9th at Knitting Factory, Tickets for the new Brooklyn show are on sale. All dates are listed below.

The shows are in celebration of Narrows' forthcoming LP Painted, due via Deathwish on February 28th. Download a new track above/stream it below...