Narrows on the Lamar Pedestrian Bridge in Austin 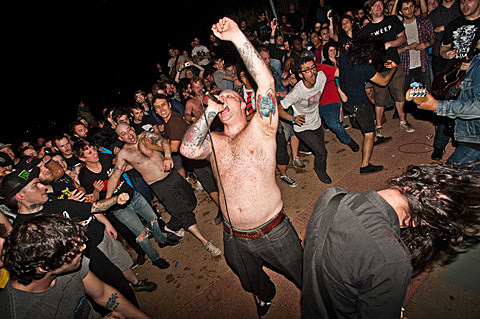 All was quiet on Austin's Lamar Pedestrian Bridge on the night of March 15th until around 2:15 AM. That's when Narrows and Regents kicked off a pair of short sets to around 300 people, as part of a bill brought to you by BrooklynVegan & Chaos in Tejas.

Sleepytime Trio (who I announced earlier that day via twitter) and Darkest Hour were also on the bill of the free show, but unfortunately didn't get to play due to cops breaking it up (which is actually a rarity), but it was definitely fun while it lasted.

Pictures of what did happen are in this post along with some video of Narrows playing the bridge.

Thanks to Sleepytime Trio and Darkest Hour for being a part of the show they didn't get to play, to Narrows and Regents for destroying, and to Chaos in Tejas for helping us make this happen. Hopefully we can do it again, but next time without the fuzz.

The reunited Sleepytime Trio's only other SXSW show was part of the Slip + Lovitt party earlier that day.

More pics and the video, below... 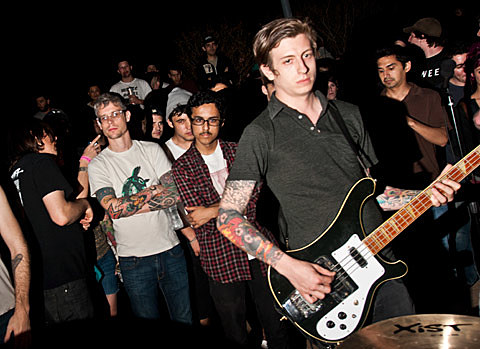 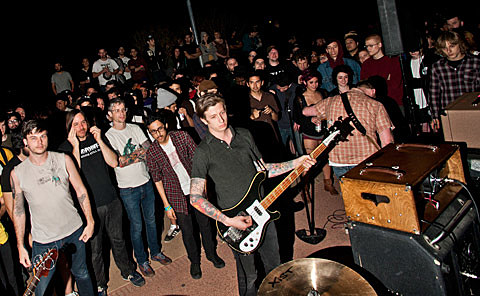 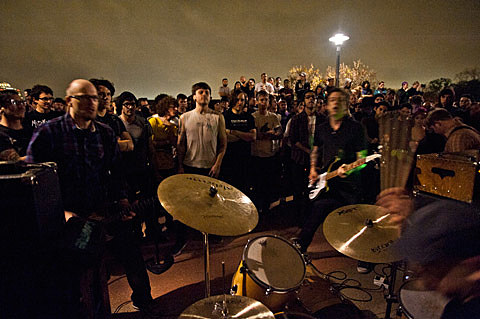 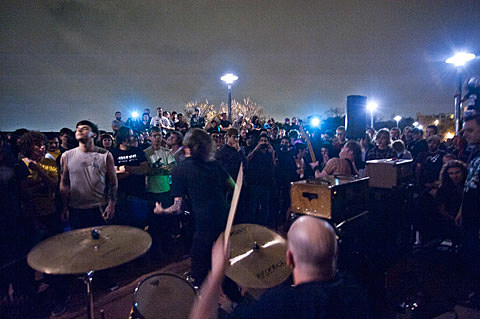 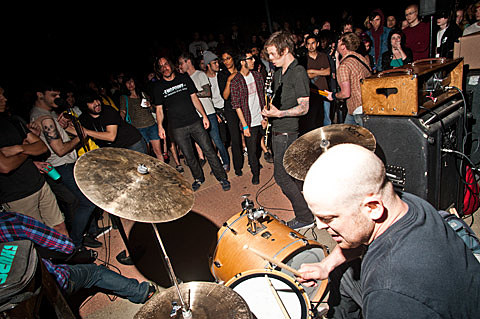 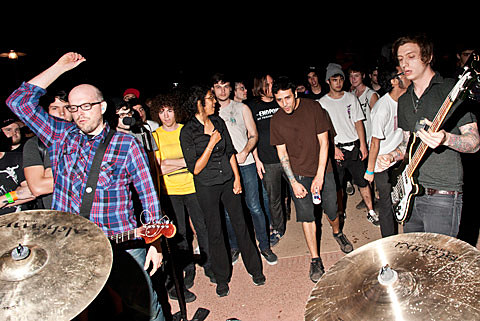 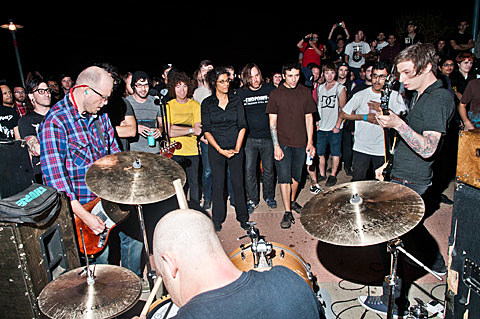 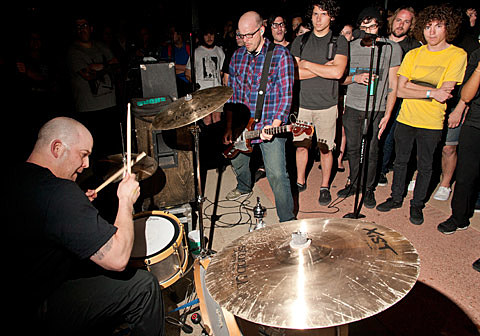 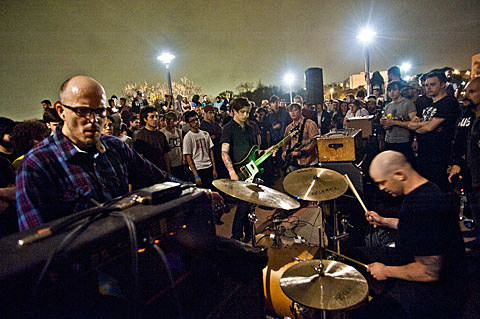 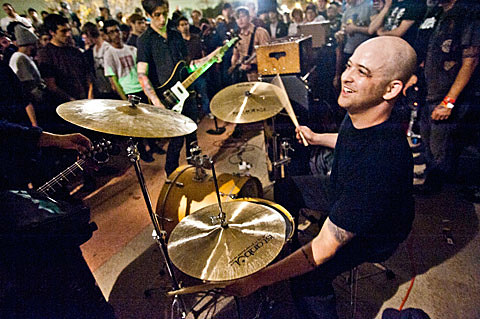 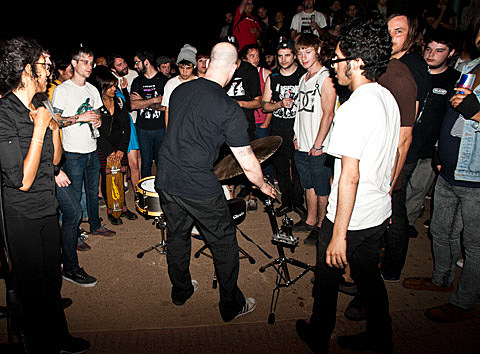 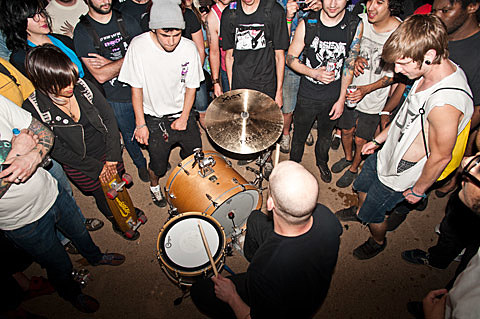 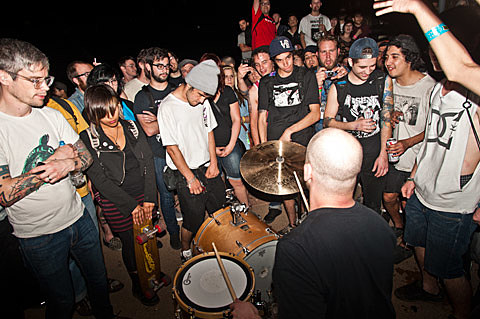 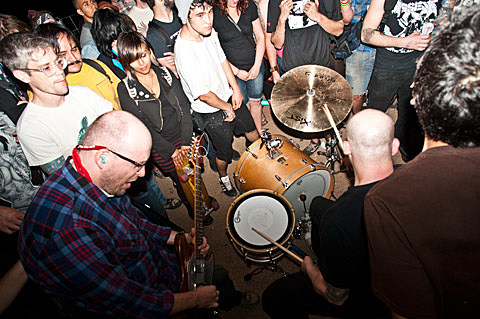 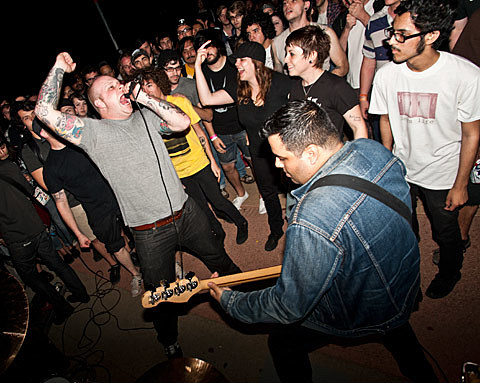 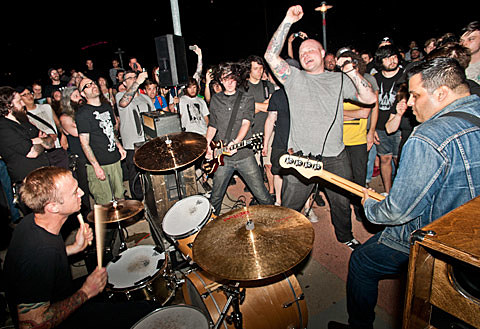 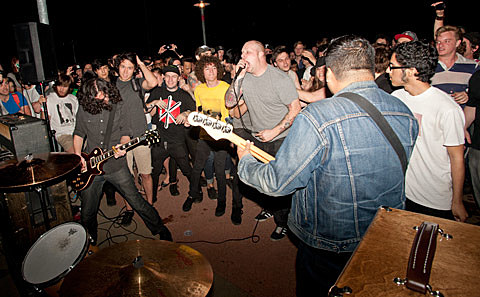 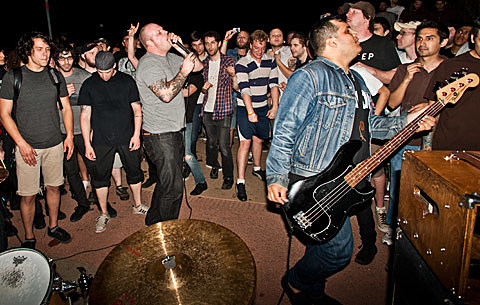 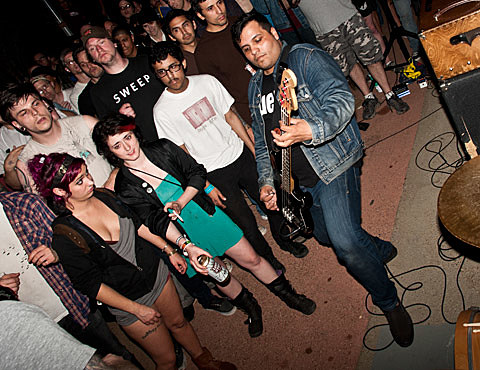 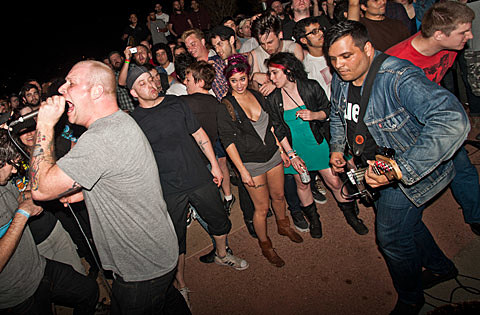 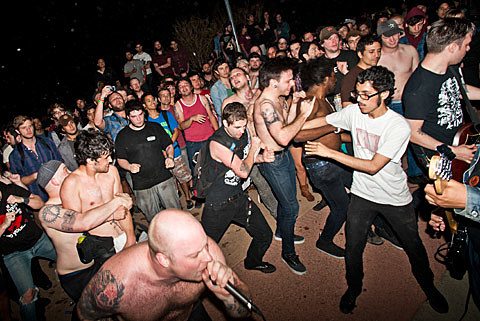 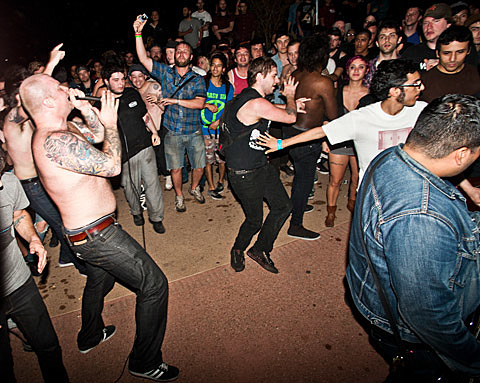 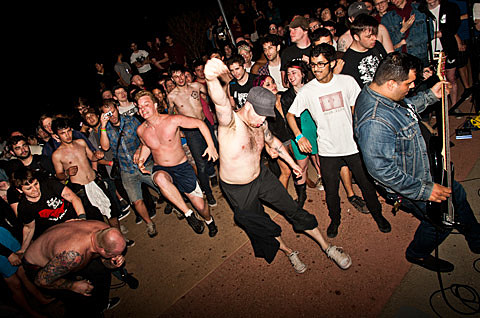 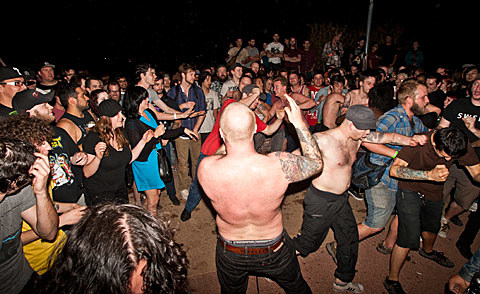 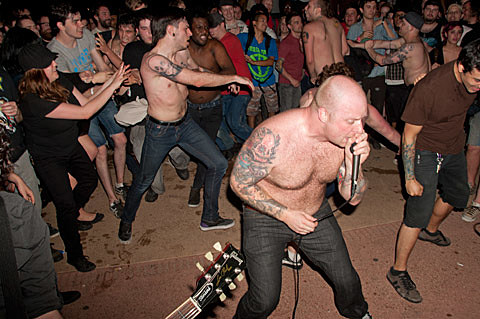 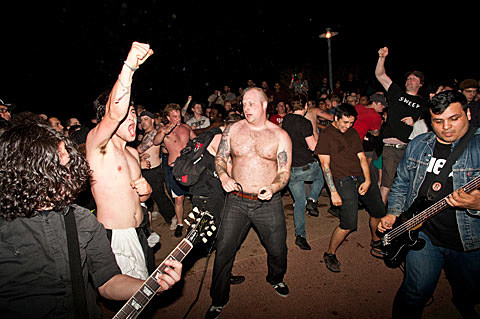 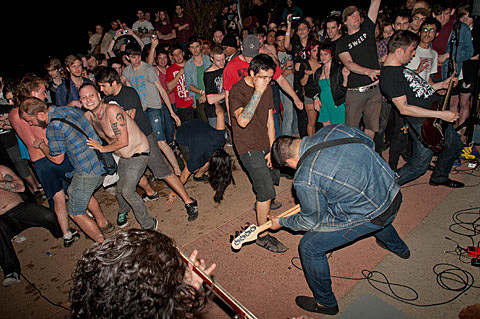 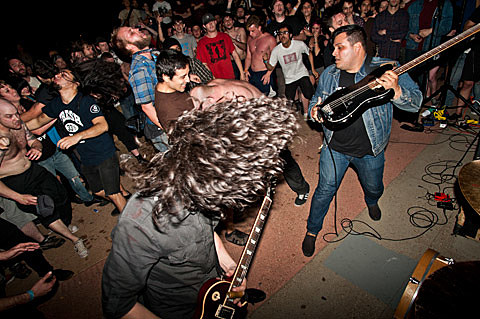