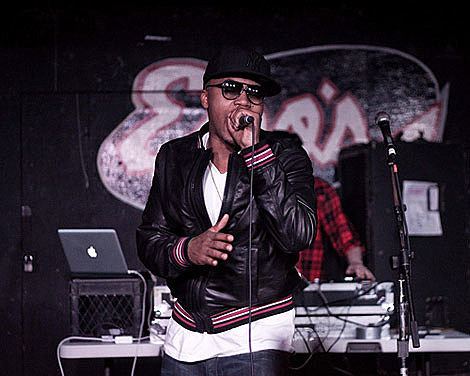 ...Nasty Nasir Jones and Damien "Jr Gong" Marley - pursuing a blend of hip-hop and dancehall that started on the "Road to Zion" recorded for Marley's Welcome to Jamrock - made the most of their abbreviated set [at Emo's/SXSW on Wed. March 17th]. "I want to dedicate this to my brothers who are locked up unjustly," said Nas, before launching into his early freestyle "One Love."

This segued naturally into Bob reggae classic "One Love (One Heart)" with Damien stepping into his father's footsteps over a recorded sample courtesy of DJ Green Hornet. Snippets of "Rock Steady" and "Exodus" were also performed in a thrilling combination of styles. [Houston Press]

Nas & Damian Marley's "Distant Relatives Tour" will travel North America and Europe this summer in support of their album of the same name, set to come out May 18th on Universal Republic. Singer Nneka will be opening.

They play one of the non-free shows at the Williamsburg Waterfront this summer, on Saturday, July 31st. Tickets go on Internet Presale today (Thursday) at 10am (password = RELATIVES) and general sale Friday, April 2nd at noon.

The other show set for the new series of pay shows at the Waterfront is Faith No More on July 5th. More TBA.

Videos (including one from their Emo's gig), all tour dates and the new album cover art are below... 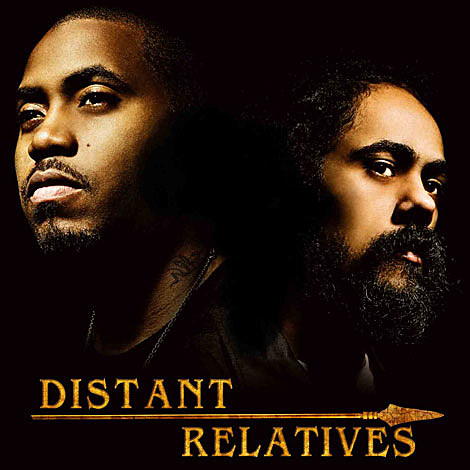 Nas & Damian Marley - As We Enter