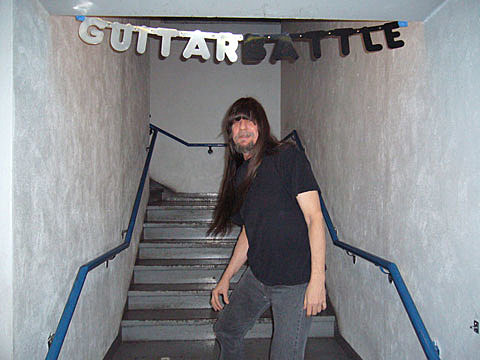 The rumor as to why Jelly couldn't do the Pool Party at Williamsburg Waterfront this weekend is because the state, OSA or someone made up a rule that said no more than two shows can happen at the space per weekend, and OSA & AEG had already booked Primus/Gogol Bordello on Friday (tonight) and Nas & Damian Marley on Saturday. By the way, both of those shows are sold out. I am told that there will be no tickets at the door (except maybe from scalpers/people with extras).

The Pool Party this weekend is instead at Brooklyn Bowl.

Pavement play a ticketed show at Williamsburg Waterfront on September 19th. Tickets are actually still available, but that hasn't stopped Rocks Off from offering an alternative way to see the show...

"Wanna see Pavement's show at the Williamsburg Waterfront? Too bad sucka - it sold out quicker than you could say "step on a crack and break yo mamma's back." But lucky for you the stage faces the water.. and its fucking LOUD - we know, we tested it our during the Faith No More show. Took a boat out to watch and listen for ourselves. In fact, all the shows that happen there, we can hear all the way across the river at our marina at East 23rd Street. So we KNOW you're gonna be able to hear and see from the boat. And guess what... you can drink $5 beers on the boat. And you won't have to get a wristband from one vendor to then buy drink tix from another venndor to then walk through gated turnstiles and turn the ticket in for beer from yet a third vendor. Then you gotta stay in the penn and drink that shit like the piggy in Animal Farm. Fun Fun fun Til Your Daddy Takes the 12 Ounce Away.

We gonna make it nice and easy. And for only TWENTY BUCKS. Fuck man. We'll probably even be sure to leave late enough to make you not have to sit through that whiny chick from the Wizard. Come on out with us so we can point and laugh at the suckas who paid twice our price!" [Rocks Off]

Tickets for the boat are on sale.

Speaking of Pavement, more openers have been confirmed. Endless Boogie open the Summerstage show on Thursday, September 23rd. The Beets open Friday, September 24th. Openers for the other three NYC shows are listed HERE, but maybe there will be two openers for each show because Endless Boogie (who just released a new album on Tuesday - MP3 above) tell me that they may be opening at the Waterfront show too, and Slothbear say they're also opening the 23rd.