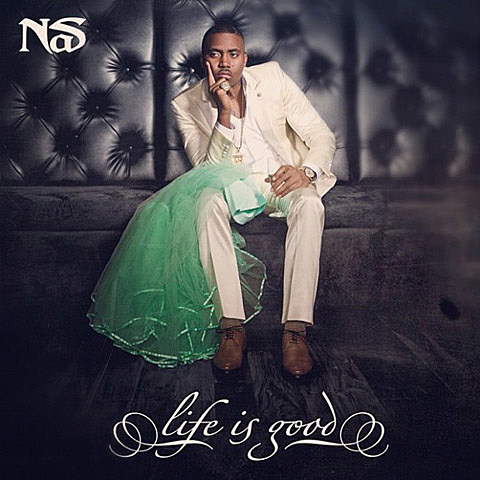 The MLB Fan Cave is pleased to welcome internationally acclaimed rapper and MC Nas as the next artist in the 2012 MLBFanCave.com Concert series. Nas, one of the most influential voices in hip hop, will hold an exclusive album release party for his new album "Life is good" and will play a live set on Wednesday, July 18, beginning at 6:30pm.

The performance is open to the public and fans are encouraged to come down to the MLB Fan Cave (corner of 4th and Broadway) for the chance to see Nas's performance. Please note that this is first come, first serve and space is limited.

Head down to the MLB Fan Cave to check out Nasir perform from his new LP Life is Good, which is streaming in full below (via Hip Hop Formula).

For the curious, those unaware of the significance of the album cover -- that's it above -- can look towards Nas's public divorce from Kelis for the answers:

Nas revealed when his marriage was falling apart, Kelis moved out, taking everything except her green wedding dress.

Kelis' green wedding dress seemed to be haunting him all these years since his divorce, so he decided to elegantly drape the one item that was giving him the "blues" over his knees for the cover of his new album. -[GlobalGrind]

Kelis recently responded to the album cover in a video interview. View that and the album art below. 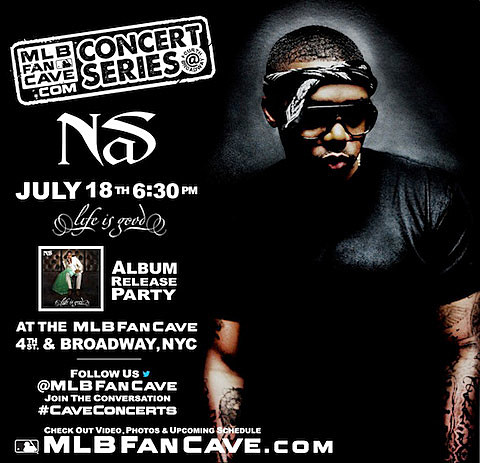 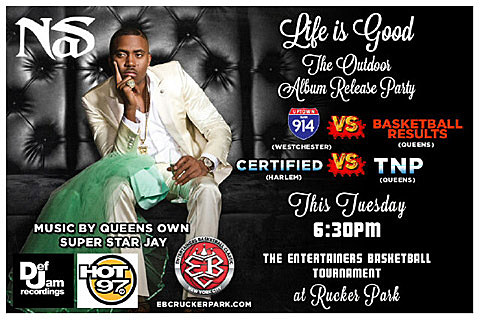