Nas at Rock The Bells 2011 (more by Dana (distortion) Yavin) 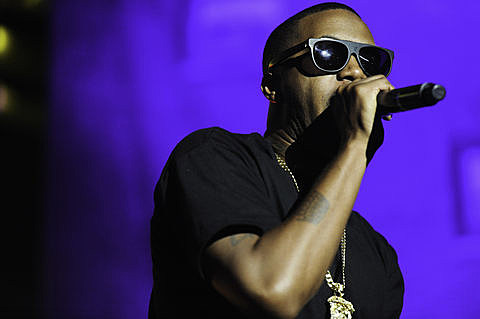 Life is good indeed. Nas will ring in the New Year in style, joined by Elle Varner when he takes to the stages of Radio City Music Hall on December 31 for a one-off show at the venue. Tickets for the show go on sale Friday (9/14) at noon... which, coincidentally, is Nas's 39th birthday.

Nas recently played Rock The Bells and is scheduled to take on Virgin Mobile Freefest outside of DC in early October.

Hopefully this show goes better for the Queensbridge MC than the New Year's show he was supposed to appear at in Angola.