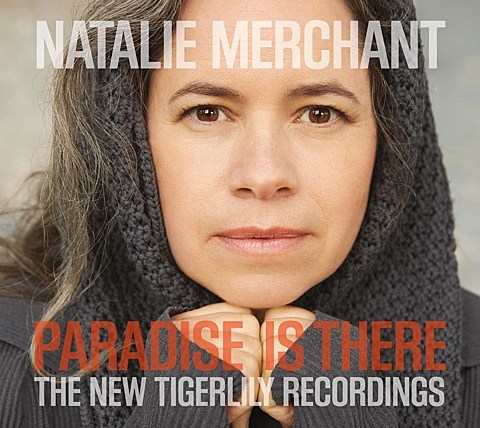 It's been 20 years since former 10,000 Maniacs singer Natalie Merchant released her debut solo album, Tigerlily, and she'll be celebrating that anniversary in a few ways. One way is that she's re-recorded the album (and re-arranged the tracklist) and will release her new version, titled Paradise Is There: The New Tigerlily Recordings, on November 6 via Nonsuch. The release will be accompanied by a DVD that contains the new documentary on the album, Paradise Is There, A Memoir by Natalie Merchant. A description of that reads:

The film is a memoir-style look at the impact of those songs and the role they have played in shaping not only the artist but her fans as well. Merchant's entire musical career is encapsulated in this very personal film, which delves into the music through live performances, archival footage, and interviews. Her fellow musicians, friends, and impassioned fans share how the songs of Tigerlily have influenced them over the past two decades.

Surrounding its release, the film will also screen in select theaters. NYC gets a screening on October 26 at Sunshine Cinema. At just a few of these screenings, including the NYC one, Natalie will be in the house for a Q&A. Tickets for NYC are on sale now. All screening dates are listed below.

Natalie is also supporting the anniversary and the new releases on a short international tour in March, 2016. That tour includes NYC's Beacon Theatre on March 11. Tickets for the Beacon show go on artist, AmEx and Chase presales today (10/14) at 10 AM. Live Nation/Ticketmaster/local presales start Thursday (10/15) at 10 AM and the general on-sale starts Friday (10/16) at 10 AM.

All tour dates are listed, with the film screening dates and a stream of the new version of "Carnival" and the original version of "San Andreas Fault," below...