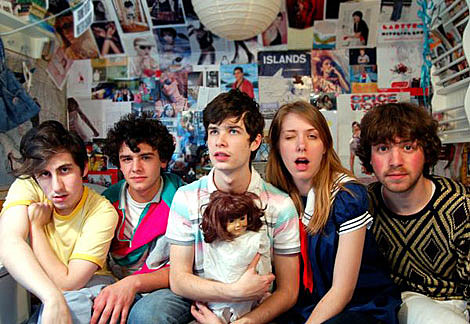 Seattle's own Natalie Portman's Shaved Head (NPSH) will hit the road as special guests on the upcoming Lily Allen US tour this spring. The party caravan starts April 1 in San Diego, CA and includes stops in Los Angeles, the band's hometown of Seattle, and NYC. (complete tour itinerary below). NPSH will also hit up select cities along the Lily Allen tour with headlining solo dates.

All tour dates, more than what I had this morning, and a live NPSH video, below...

* no Lily Allen at dates with an asterisk