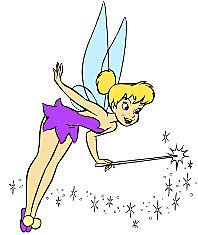 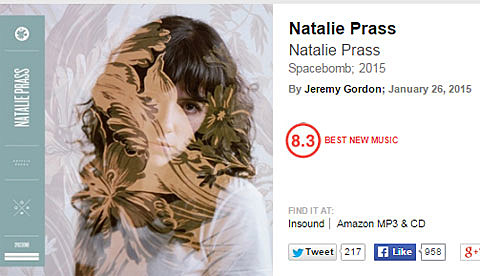 "Prass, who has the voice of an emancipated Disney princess, says she was thinking of that scene in Punch-Drunk Love when she hit upon the idea for "It Is You", the showstopping finale of her forthcoming eponymous debut LP, due out via Virginia indie Spacebomb in January." [Pitchfork, 12/2/2014]

"But the album's two bookends, the highlight opener "My Baby Don't Understand Me" and Disney-core closer "It Is You," hit with such open-sky pop directness they almost make the case that her bright side is the only side she needs." [AV Club]

"It is light and lilting, a Disney-princess voice, with the kind of dainty, trilling vibrato that doesn't land on notes so much as hover above them." [New Yorker]

"her harp-infused fairy dance "Christy," the Disney-eque "It Is You,"" [Paste]

"Both tracks sound like they're stolen from some kind of scrapped Disney soundtrack about a girl mouse falling in love." [Sputnik]

""It Is You," a swelling number that sparkles like a Disney centerpiece."
[Under The Radar]

"The closing It Is You, which might have been cut from a vintage Broadway musical or a Disney movie" [The Northern Echo]

"Album closer It Is You ends things with a gay flourish that suggests a Walt Disney animation rather than mutual laceration." [Guardian]

"album closer "It Is You," a sprightly and sweet waltz that echoes Disney musicals more than L.A." [Treble Zine]

"The album closes with "Is It You," which sounds like a ballad off an early Disney soundtrack, with its swell of cinematic strings and fairytale lyrics." [The Observer]

"In an alternate universe, the strings and flute on this song would be soundtracking the theme song to a classic animated Disney film." [Lockeland Springsteen]

"the giddy album-closing love song that, as a few other people have already pointed out, sounds like a Disney-princess singalong." [Stereogum]

"I can't say I've ever enjoyed a song I'd delight in categorizing as Disney princess swag." [FlavorWire]

"The album ends on the widescreen Disney soundtrack of "It Is You"; the lushest song that Spacebomb has put their name to so far, it's the love song to end all other songs." [The Line of Best Fit]

""It Is You", meanwhile, is a preposterous recreation of vintage Disney scores; so much so that one imagines Prass singing it to animated songbirds perched on her arm, chipmunks and raccoons clustered adoringly at her feet. Artful, whimsical, a little cloying - and easily enough avoided, sat as it is at the end of the 40-minute album. [UNCUT]

Natalie Prass is touring and play Rough Trade in Brooklyn this week, and will be at SXSW. You can stream the entire album, "It Is You" included, below.