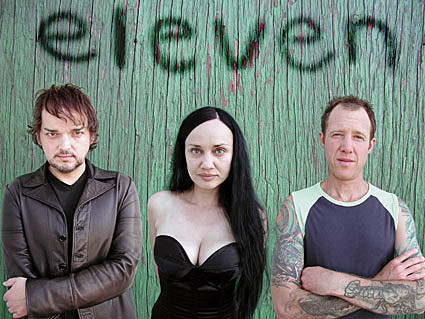 Natasha Shneider (May 22, 1956 - July 2, 2008) was a musician, born in Moscow, Russia. She was most notably the keyboardist and vocalist in the musical group Eleven, and was the partner of bandmate Alain Johannes. She also played left-handed bass on the group's first three albums. Shneider and Johannes were part of the line-up of the band Queens of the Stone Age for the recording of their 2005 effort, Lullabies to Paralyze and on the tours to support it. Previous band affiliations include Desert Sessions, Black Russian, and Walk the Moon; she was also a significant contributor to Chris Cornell's 1999 solo album, Euphoria Morning.

On July 2, 2008 a message was posted on the Sweethead MySpace of which Natasha's former band-mate Troy Van Leeuwen is a member and was a close personal friend.

Natasha Schneider, musician extraordinaire, former actress, singer of the ground-breaking band Eleven, and one-time Queens Of The Stone Age keyboard player, died today at 11:11am of cancer. She was a brilliant, beautiful, and ballsy woman who will be missed deeply by all those who knew her. Send your loving thoughts her way in the universe.