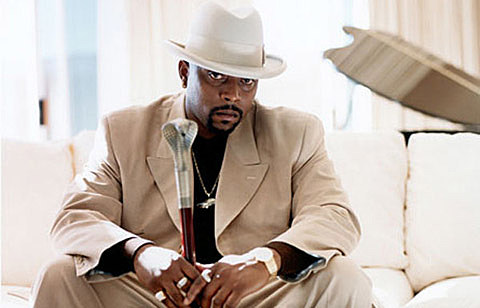 One of rap's most lauded male hook singers, Long Beach, California native Nate Dogg (born Nathaniel Hale) died on Tuesday at the age of 41 after several years of health problems.

With his deep, melodic voice and smooth soul rumble, Dogg was one of the key elements in the rise of the West Coast G-Funk sound pioneered by Death Row Records in the early 1990s. Though overshadowed by such peers as Dr. Dre, Snoop Dogg and Warren G, Nate was a critical participant in a number of major left-coast gangsta hits, including G's "Regulate" and Dre's iconic solo debut, 1992's The Chronic.

...The cause of death [yesterday, 3/15] was not announced at press time, but Hale had struggled with serious health issues recently, including suffering a massive stroke in 2007 that left him partially paralyzed and another the following year. A spokesperson for the singer could not be reached for comment at press time for further details on his passing. -[MTV News]

It could be argued that Nate Dogg provided hooks for some of the most iconic songs in hip hop in the 90's, whether with Dr.Dre, Snoop Dogg, Eminem, Warren G, Dogg Pound, or any of the west coast affiliates. He will be missed. Nate Dogg R.I.P.