This past Saturday August 25th, 2007, a bunch of bands from Ohio played The Hook in the Red Hook section of Brooklyn, and they called it ClevelandFest. Nate from The Apiary (who happens to be from Cleveland) was there..... 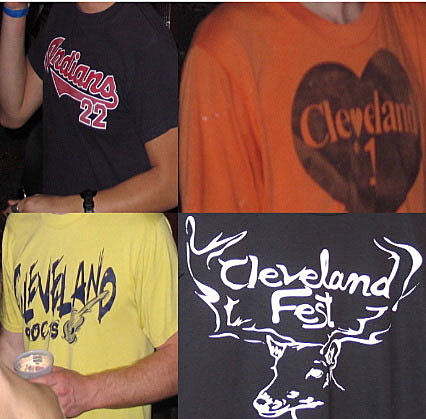 "You better watch out with that shirt around these parts, you could get yourself hurt," the big galoot of a doorman at The Hook lazily slurred. You mean here? At ClevelandFest? I am wearing a Cleveland Indians tee (Grady Sizemore). "It's you who better watch out, you dildo," I say internally. For tonight, the spirit of Ohio shimmers like the golden sands of a Lake Erie beach on one of the 40 days a year they're not issued biohazardous swimming advisories. Midwestern ex-pats from across NYC have assembled into this desolate and grey strip of Red Hook to see the first ever ClevelandFest, a rock show celebration/mill-about featuring 15 bands, all from Cleveland, Ohio.

I slink into the bar expecting to see Big Chuck and Lil' John mosh dancing to Mushroomhead while a perky Romona Robinson works the merch booth, pushing hoodies, Terminal Tower trinkets, and Malley's chocolates. Maybe there'd be an area where we can take virtual reality tours of the Rock & Roll Hall of Fame? Or get free copies of The Plain Dealer? There wasn't any of that. I was however greeted warmly by two ticket-takers who looked like somebody's mom and dad. These people turned out to be the parents of the dude who organized this thing: Alex Lombardo - an upbeat former Cleveland native and current designer at Rolling Stone. I grabbed a beer, checked to see if Derek Hess was lingering about, then watched Roger Hoover and the Whiskyhounds' boot stomping set before I ventured into the venue's courtyard.... 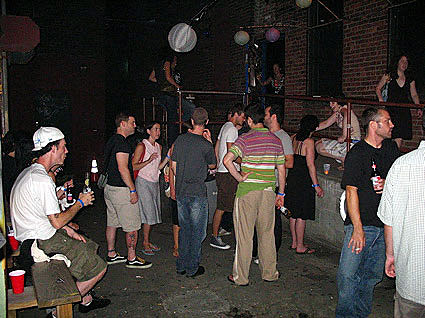 "The Tribe is up 8 to 2," announced a dude, instinctively reacting to my Indians shirt as I stepped outside. Another guy mockingly jeered the words "Grady's Ladies" at me, implying that I am a lady in a fanatical Grady Sizemore cult that is said to have taken hold of Cleveland. I moseyed over to where Red Hook hotspot Schnack was catering the night's festivities, grilling weenies and mini-burgers made to order. 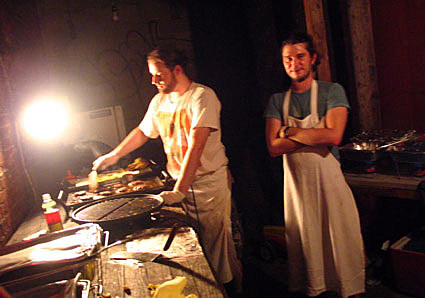 The large assembly of Ohio people chatting and smoking and half-watching the performers suggested that this show was more about reconnecting with old friends rather than discovering the next it-band out of Cleveland. In case you were wondering, the buzz for the evening was with Coffinberry, Roue', and This Moment in Black History. 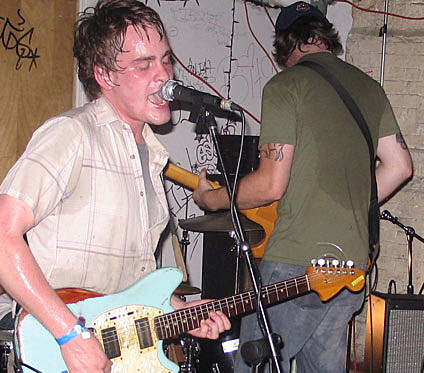 I spoke with Buddy Akita, lead guitar player of This Moment in Black History. Five years ago he got his hand caught in a dough press machine. Here he is today, a survivor, using his healed hand to play music. Can you imagine? His band spent about $150 in gas and tolls just to get to Brooklyn. By Sunday night, they would be gone, and back on the road that brought so many of us here permanently - I-80. 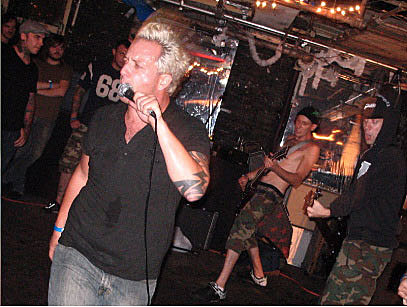 When I first heard about ClevelandFest, I thought it was way weird for a US city to foist itself upon a bigger US city like this. You wouldn't hold SecaucusFest in Baltimore. Would you? By the time I left the show however, I was bubbly about the potential for next year. There are so many people from Ohio who have settled in Brooklyn - it makes total sense! I want to celebrate a shared heritage with a mob of random and dangerous strangers, just like everyone else. Festivals based on cities or states are the future.

I want to race in a Cavs jersey (old colors) down a Crocodile Mile into the open maw of Dick Goddard--that's what ClevelandFest should be about. Lombardo - if you're listening, and if you plan on bringing Cleveland back to NYC again next year, my only suggestion would be to funnel in some Ohio kitsch and ephemera to go along with all those Ohio bands.

See you at Thanksgiving, Cleveland. Thanks for stopping by. 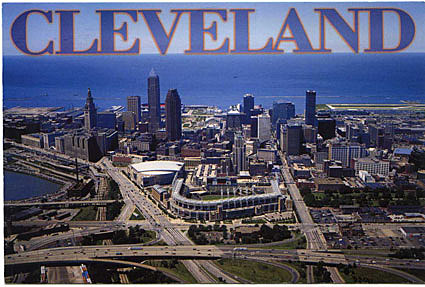 Read more of Nate's writing at The Apiary.